Carey Hart, singer Pink's husband, is not fazed by parent-shamers. Instead of backing down after social media users criticized him for taking his young son, who has hand, foot and mouth disease, out in public, the former motocross racer taunted them with another post about how he and his son were out "infecting the world."

Social media users accused Hart of exposing others to his son's virus after he posted a photo of his son and said, "I had Jameson at breakfast yesterday and this vile woman at the table next to us kept staring at him with a sh***y look on her face. I told her it was bed bugs."

Some of Hart's followers told him he should have gotten takeout and stayed at home. He responded individually to a few comments saying, "You think I let my kids eat off of other people's plates?" He also said sarcastically, "Yeah I took my kid to breakfast only wearing a diaper." Hart suggested to another commenter, "I suggest you go find a page that posts and talks about embarrassing kids being quarantined and treated like lepers!!!!!"

Several hours later, Hart posted a photo of his son on a ride-on cruiser and wrote, "Jameson and I out infecting the world #PediatricianSaysHeIsGoodButIWillTakeYourWord."

It's not the first time Hart and his wife have been accused of bad parenting. Last year, Pink was criticized for holding her baby too close to a stove while she was cooking. 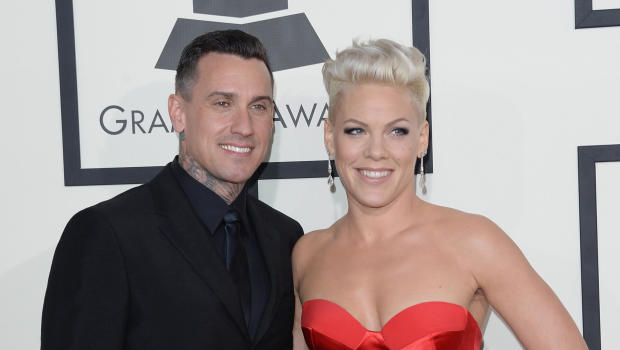 “Sex and the City” insiders on Kim Cattrall drama