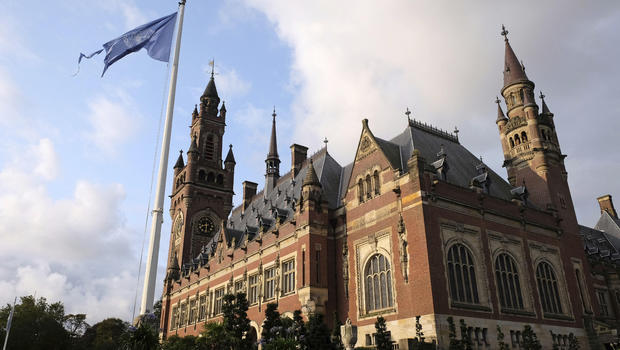 THE HAGUE, Netherlands — The United States on Tuesday defended its re-imposition of sanctions against Iran as a legal and justified national security measure that cannot be challenged by Tehran at the United Nations' highest court. U.S. State Department legal advisor Jennifer Newstead urged judges at the International Court of Justice to reject an urgent request by Iran to order the suspension of sanctions re-imposed by President Donald Trump in May.

"The United States does intend, lawfully and for good reason, to bring heavy pressure to bear on the Iranian leadership to change their ways," Newstead told judges in the court's wood-paneled Great Hall of Justice. "We do this in the interests of U.S. national security as well as in pursuit of a more peaceful Middle East and a more peaceful world."

Iran filed a case with the court in July challenging the re-imposition. Tehran alleges that the move breaches a 1955 bilateral agreement known as the Treaty of Amity that regulates and promotes economic and consular ties between the two countries, which have been sworn enemies for decades.

Washington argues that Tehran is attempting to use the 1955 treaty as a pretext to bring before the court a dispute over the 2015 agreement that imposed restrictions on Iran's nuclear program in return for lifting most long-standing U.S. and international sanctions. The 2015 agreement does not include a clause referring disputes to the court in The Hague.

On Monday, Iranian representative Mohsen Mohebi told the court the U.S. sanctions are a clear breach of the 1955 treaty because they are "intended to damage, as severely as possible, Iran's economy." He called Mr. Trump's sanctions policy "nothing but a naked economic aggression against my country."

The 2015 deal came with time limits and did not address Iran's ballistic missile program or its regional policies in Syria and elsewhere. Mr. Trump called the accord the "worst deal ever" and backed out of it in May.

The U.S. decision to pull out was motivated by "an acute, long-standing and growing concern about the national security threat posed by Iran," Newstead said. "The sanctions that the United States has re-introduced are lawful and appropriate in the face of Iran's activities, past, continuing and threatened."

She stressed that the sanctions exclude humanitarian activities in Iran.

Iran's case challenging the legality of the re-imposition of sanctions is likely to take months or years to complete. The world court is holding hearings this week into Tehran's request to judges to urgently order a suspension of the sanctions while the underlying case is being heard. A decision on the urgent request is likely to take weeks.

Rulings by the world court, which settles disputes between nations, are final and legally binding. However, it remains to be seen if the U.S. would abide by a court order to suspend sanctions on Iran.

The court's decisions are binding but not enforceable, reports CBS News' Pamela Falk, and the current U.S. sanctions are taking a serious toll on Iran's trade and economy. That is unlikely to change with this case, Falk says.

The U.S. has the option of withdrawing from the world court for a period, as it did in a famous case that the U.S. lost to Nicaragua. The difference now is that the Trump administration is mounting a defense, to make a point to Iran.

The case in The Hague came as Iranian President Hassan Rouhani failed to convince parliament that his plans will pull the country out of an economic nosedive worsened by America's withdrawal from the nuclear deal. 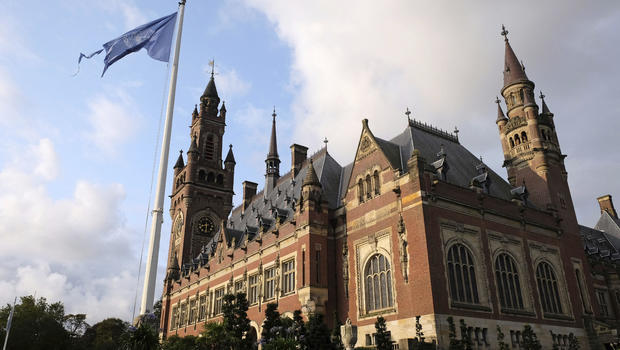 Riding the storm out in a schoolhouse

How deliberate was the timing and location of the NYC attack?

Woman gets lost on the road, but finds her way to...

Resident who decided to ride out Irma in Key West: “I...

“The Chickens**t Club” author on why justice is rarely served on...

Pentagon chief may get an earful in Iraq over ISIS battle...