By Ed Leefeldt MoneyWatch August 28, 2018, 5:00 AM How the bark beetle fueled California's wildfires

Ask fire fighters, foresters and environmentalists to find the culprit for two years' worth of California wildfires and their fingers would unerringly point at a creature smaller than a grain of rice — the bark beetle. The tiny insect has migrated from Central America up through the U.S. and now into Canada. But not before boring into and killing millions of trees, creating the fuel for the Golden State's raging forest fires.

A Columbia University study calls the bark beetle "one of the world's most aggressive tree-killing insects," while the U.S. Department of Agriculture asks, "How can something so small kill something so big?"

The answer: The bark beetle takes advantage of the Western ecosystem, which is suffering from years of drought that began in the 1990s.

Eastern flooding has been gettting most of the recent weather coverage, but more than 38 percent of the nation is now bone dry, according to the U.S. Drought Monitor. Adding to the problem, California and many Western states have overplanted and not thinned out their trees. These dense forests are starving for water, and trees use their root systems to steal from one another.

Bark beetles takes advantage of stressed and thirsty trees to burrow through the bark and lay their eggs in the tree's living tissue. Healthy trees fight back by pumping out resin to drown the beetles' tunnels and force them out, similar to the way animals fight infection by bleeding and scabbing. But parched trees don't have such a defense. The beetle eggs — and the fungus that bark beetles carry — choke off the flow of nutrients needed for a tree to survive.

When bark beetles find such a tree, they engage in what the Agriculture Department calls "group kill." The first beetle to successfully penetrate the bark sends out pheromones, which alert every other beetle in the area about the victim. In so doing, death isn't only inevitable for the tree but it also creates a massive die-off for the surrounding trees.

"We have 129 million dead trees from drought and bark beetle infestation," said Information Officer Scott McLean of CAL FIRE, the state's lead department fighting these explosive blazes, which last year alone cost California 43 lost lives and $13.2 billion in damages. And this year could be even harsher. "September and October are historically our worst months," McLean warned.

While wildfires are spectacular, the migration of the bark beetle and its genetic cousins who prey on different trees at different elevations, is far quieter but even more insidious. Individual beetles may be small, but radar images show swarms of millions of them moving North, now killing 100,000 trees in British Columbia, Canada and entering into the Yukon's Gold Rush territory.

"You can get in a plane and fly for literally hours over dead forest," said Entomologist Diana Six of the University of Montana, who studies the bark beetle. "This is massive. Beetle outbreaks have been happening for thousands of years. But this one is estimated to be more than 10 times bigger."

Climate change also plays a major role: The biggest boost to the bark beetle population has been the change in temperature worldwide. While the planet has warmed "only" 1.5 degrees since 1880, the main enemy of the insect's eggs has been a hard freeze. The temperature on the coldest winter night is now six to seven degrees warmer in many areas of the country than it was 50 years ago, according to a Dartmouth College study.

And warmer temperatures just before and after winter allow beetles to reach maturity in one year instead of two. 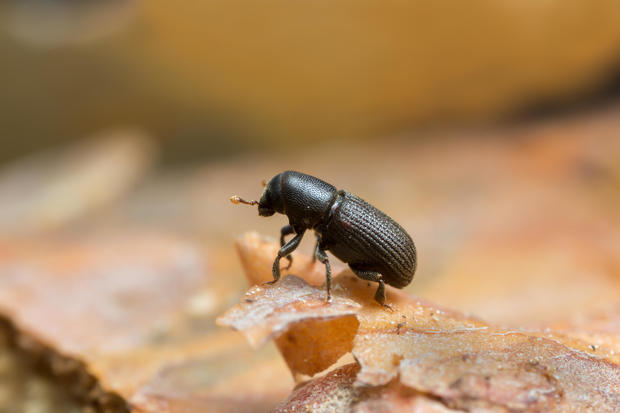 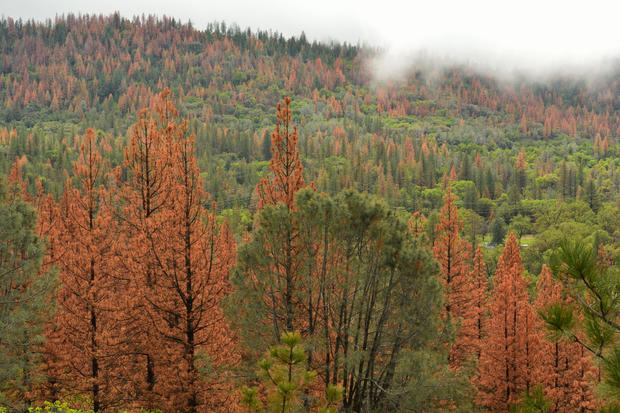 Owner of Kay Jewelers, Zales and Jared to close 150 stores