Yankovic, who is best known for his song parodies and cult movie "UHF," made a jab at President Trump during his speech. Yankovic said, "Please don't pickaxe my star. I know it's all the rage these days, but that's not cool. Unless at some point in the future, I do something unfathomably monstrous and evil in which case, sure, fine, OK, go ahead." Yankovic also joked, "Limit yourself to spitting and urinating. Have some class, people."

Yankovic also talked about fan Dave Rossi's efforts to apply for a star for the comedian on the Walk of Fame 12 years in a row, and how Rossi fundraised for the applications.

The comedian cracked, "Don't worry, the story has a happy ending." 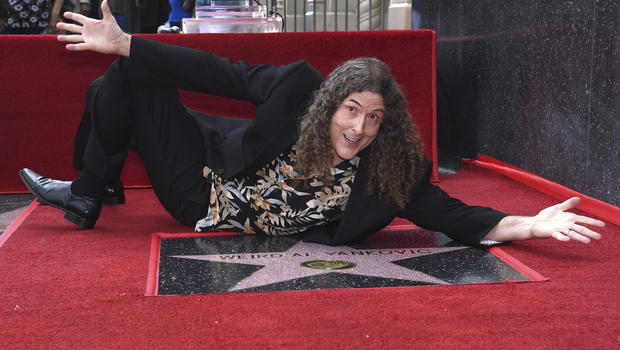