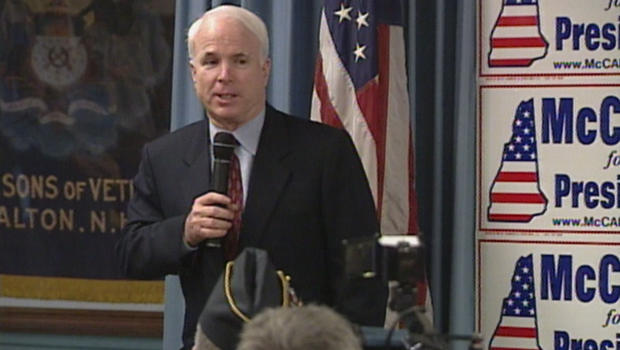 New Hampshire played a special role in the political career of Arizona Sen. John McCain. He held 114 town halls across the Granite State during his presidential campaign in 2000. John Dickerson, who covered McCain in the lead-up to his historic victory in that year's New Hampshire primary, recently returned to the New Hampshire town of Peterborough to hear McCain's confidantes reminisce about the senator's remarkable political story.

"We came here for one of our first town hall meetings, in the basement, and served ice cream in hopes that we could get a few people out. And we got 13," said Mike Dennehy, who was McCain's campaign manager. "But then, the last one we had, the night before the primary, was jam-packed with people out the door."

What happened at the town hall in Peterborough, New Hampshire, is a metaphor for McCain's 2000 presidential campaign. "It really illustrated the entire campaign from start to finish – starting so small, and ending up with people busting through the doors," said Dennehy.

McCain relentlessly campaigned across the state on a bus aptly named the Straight Talk Express.

McCain told the crowd then, "Our first poll here in New Hampshire showed me at 2 percent with a 5 percent margin of error. Now, what that could mean is 3 percent actually were against me."

The Arizona senator often asked the crowd for sympathy. ("Because we have so little water in Arizona the trees chase the dogs!")

The campaign saw itself as David to the Bush campaign's Goliath. "George W. Bush had everything going for him," Dennehy said. "So it was difficult to get anyone's attention. But what we did get was John McCain's time, which was the most meaningful."

McCain was a different kind of politician. He may have kept tubs of hand sanitizer on the bus, but he shook every hand, took every question.

"He'd go, 'I like Republicans, Democrats, libertarians, vegetarians, egalitarians …'" said Duprey. "There'd be people who would be a little belligerent, and they'd yell at him. And John would be very good. He'd say, 'If you just stop yelling, I'm going to call on you next, and we can have our debate.' And he'd take on these people. And, after a couple minutes, he'd say, 'OK, I'm clearly not your candidate. I think we're done. And now you need to sit down so others can have a chance.'"

"It was great entertainment on cold winter nights."

McCain's candor was on display during those long stretches on the road – even, and perhaps most especially, when reporters were on the bus. On the Straight Talk Express, McCain said, "I'll be glad to beat the crap out of President Clinton."

Unlike in 2000, a candidate talking constantly in a scrum of reporters would not seem possible in the Internet Age. "No, it wouldn't," said Duprey. "And I saw John do this on the bus a couple times. He made some comment that, ugh, I could say, 'Whoa, that won't look good as a headline.' He goes into the town hall meeting. And [political director] John Weaver talks to the reporters, and goes, 'Senator McCain would like to revise that statement a little bit.' And, back then, people would cross out what he'd said before, and took down the revised statement. And it worked."

Dickerson asked, "Did he have any flaws, Steve?"

"None at all," Duprey said, laughing.

McCain's team prepared him for criticism during a closed-door strategy session filmed by "60 Minutes." One adviser taunted him: "Senator, you're a screaming hothead maniac. You know, you killed a guy on the way here to the debate! You exploded every minute! Do you have the temperament of a president?"

"I think there's a feeling amongst the establishment that we might have interfered with a coronation," McCain said.

When asked what is McCain's political legacy, Dennehy said, "He put the town hall meeting on the map. John McCain just made interacting with people, giving answers to questions the legacy of a presidential campaign in New Hampshire."

After a blistering victory in which he said, "I want the presidency in the best way, not the worst way," McCain went on to lose in South Carolina. But, for a moment in time, the insurgent took on the establishment … and won.

"America loves heroes, and John McCain's a legitimate hero," said Duprey. "And I know he annoys a lot of people in his party. I think sometimes he enjoys it a little bit too much. But I think the American people respect the fact that John McCain's going to tell you what he thinks even if it makes you madder than hell. And you can disagree with him, but you can't question his patriotism or his service." 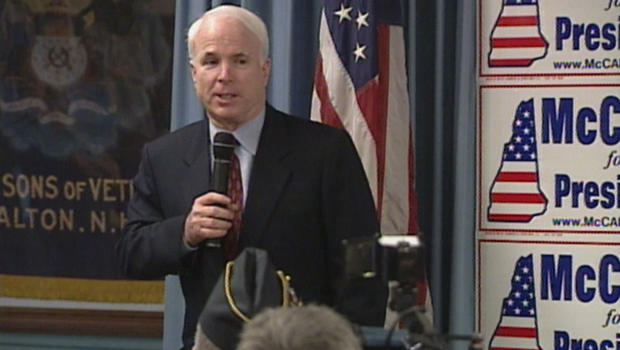 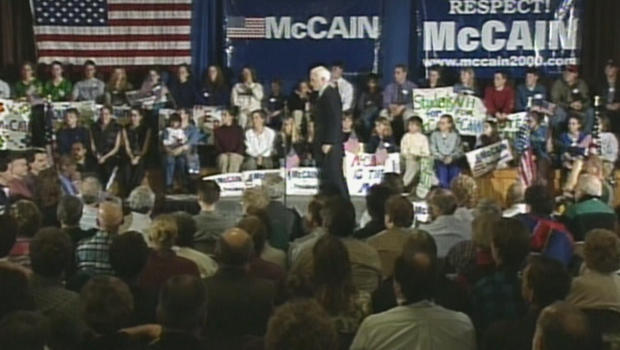 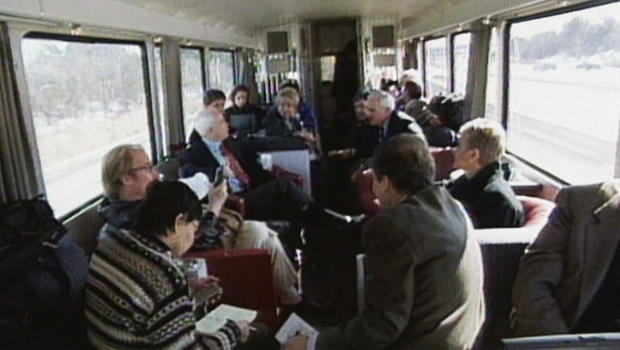