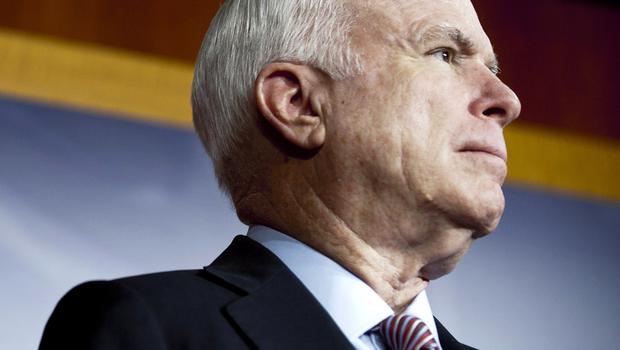 Senators returned to Congress on Monday and offered tributes to Sen. John McCain, who died Saturday. Senate Majority Leader Mitch McConnell, who was stung by the late Arizona senator's deciding "no" vote on repealing and replacing President Obama's health care law, talked about McCain on the Senate floor. "We sat on his back porch in Sedona, under the desert sky, replaying old times," McConnell said about visiting the late Arizona senator after his cancer diagnosis.

He recalled, "When John saw an issue the same way you did, you knew you'd just found your most stalwart ally. You would thank your lucky stars," adding, "because when you found yourself on the other side of that table, as I think all of us learned, you were in for a different kind of unforgettable experience."

McConnell also paid homage to the work that McCain did in the Senate, leading congressional delegations "as grueling as they were educational," visiting deployed units in Iraq and Afghanistan, and he praised the defense spending bill that bears McCain's name. "I will miss one of the very finest gentlemen with whom I've had the honor to serve," McConnell said.

Minority Leader Sen. Chuck Schumer, D-New York, also paid homage to McCain on the floor, calling him "a brave and honest man" and a "patriot." He has also proposed renaming the Russell Senate Office Building for McCain.

Sen. James Inhofe, R-Oklahoma, said he has "no feelings" about the fact that the president has not referred to McCain as a "hero."

"Let them have their thing," he told reporters who asked him about this on Monday. "I have no feelings about that. He was my hero." And he recalled that when he ran for the Senate in 1994, McCain was one of only three senators who helped him campaign, traveling all over the state on his behalf in 90-degree heat.

However, he said he isn't sure it's a good idea to rename the Russell Senate building for McCain, and he thinks that the drama surrounding the president's reticence on McCain and whether the flag was flying at full- or half-staff may be partially McCain's own fault.

"Frankly, I think John McCain is partially to blame for that because he is very outspoken that he disagreed with the president in certain areas and wasn't too courteous about it," Inhofe said. "One thing about John McCain and the president is they are both strong willed people so I think that's natural."

"But anybody who in any way tarnishes the reputation of John McCain deserves a whipping, because most of the ones who were do the wrong thing about John McCain didn't have the guts to do the right thing when it was their turn."

Isakson fondly recalled that it was McCain who taught him how to use profanity. "The other thing i learned was how to cuss," he said. "Let me tell you, John McCain could do a lot of things, but cuss is one of the best things he did. He was a consummate cusser. He knew had you to do it to have emphasis added."

"I know I'm a better person, my country is a better country, and world is a better place because of John McCain," he concluded.

Sen. Jeff Flake, McCain's fellow Arizona Republican, fought back tears as he said goodbye to his colleague on the Senate floor.

"So as we say goodbye to John McCain, let us take up his banner. His was always the good fight. We are fortunate to have known him best in Arizona, but he was bigger than any one state," Flake said.

"He always belonged to America and to the world. And now he belongs to the ages. Farewell, senator. Farewell, John." 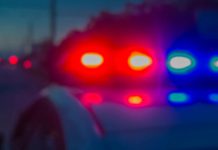