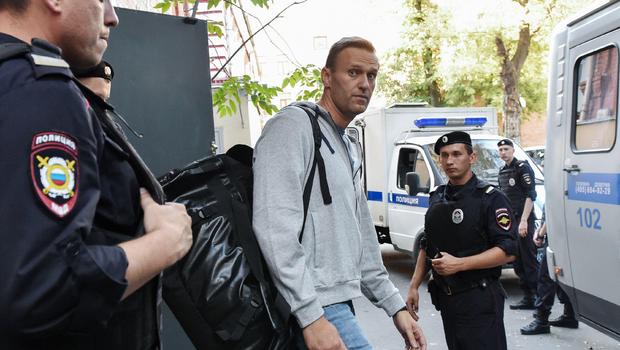 MOSCOW — Russian opposition leader Alexei Navalny was detained Saturday outside his home in Moscow ahead of planned nationwide anti-government protest rallies, and his spokeswoman said he was later taken to a hospital with a suspected broken finger. Navalny was detained Saturday afternoon and taken to a nearby police station due to an unsanctioned rally in January, his spokeswoman Kira Yarmysh said.

Moscow police were not immediately available for comment Saturday on the detention or on Navalny's reported injury.

Navalny, President Vladimir Putin's most formidable political foe, has called for nationwide rallies in early September to protest the Russian government's plans to raise the retirement ages for both men and women. The issue has outraged and united a wide range of Russians from different political backgrounds.

The court sentenced Navalny to 30 days in prison — long enough to prevent him leading the September protest over pensions. According to the Reuters news agency, Navalny said in court on Monday that he believed the delay in his sentencing was a deliberate move aimed at keeping him away from the September protest.

Navalny, who rose to prominence thanks to his investigations into official corruption, on Friday published an investigation alleging that at least $29 million had been stolen in procurement contracts for Russia's National Guard, which is headed by Putin's former bodyguard, Viktor Zolotov. 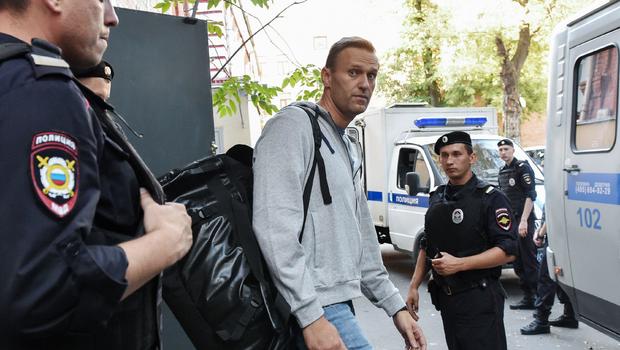 Has the Johnson & Johnson vaccine missed a critical moment?