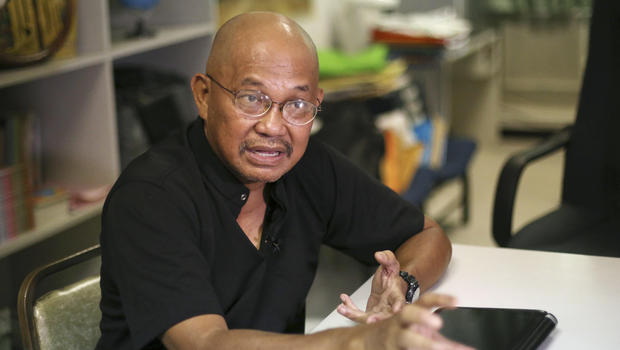 MANILA, Philippines — A Roman Catholic priest who was one of the earliest critics of Philippine President Rodrigo Duterte's deadly crackdown on drugs has gone into hiding due to what he says were signs he's being targeted by motorcycle-riding hitmen. The Rev. Amado Picardal said Monday that he has gone into a "more secure location" and out of the public view after workers in a Catholic monastery that he visits in central Cebu city reported seeing motorcycle-riding men watching the compound, including a pair who asked for his whereabouts.

"I couldn't go out for biking, running, walking due to security concerns," Picardal said in an email in response to questions about his safety concerns, which he first disclosed in a personal blog.

"I have left my hermitage in the mountain and transferred to a more secure location to continue my life as a hermit far away out of reach from the death squad," he said.

The 63-year-old priest said that he helped document alleged extrajudicial killings under Duterte's campaign when Duterte was still mayor of southern Davao city and that he would continue criticizing the killings despite his safety concerns.

Picardal added that he is willing to testify if asked by the International Criminal Court, where a complaint against Duterte in relation to the drug killings is being examined.

Duterte has denied condoning killings under the crackdown, which according to official police pronouncements has left more than 4,500 suspects dead since he took office in mid-2016. International human rights watchdogs have cited far higher death tolls, which they said included innocent children and civilians.

The tough-talking president has often cited the killings and wounding of many policemen in anti-narcotics raids as proof of the fatal risks that prompt law enforcers to open fire on drug suspects. Human rights groups, which have looked into some of the killings, however, have reported cases where policemen killed unarmed suspects but later made them appear to have violently resisted.

Presidential spokesman Harry Roque said Picardal should file for a so-called writ of amparo "if there's basis for his fears," referring to a high court petition that aims to protect the human rights of anybody who feels threatened by state forces.

Picardal gained public attention with his cross-country biking to protest the drug killings and promote peace talks with communist rebels.

When he was assigned in Davao, Picardal said he compiled a report on drug killings from 1998 to 2015, when Duterte served as mayor of the vast port city, and spoke for a nongovernment coalition that opposed extrajudicial killings and helped the Commission on Human Rights investigate the deaths.

"This is most likely one of the reasons that I am being targeted by the death squad," Picardal said.

In an interview with The Associated Press in May 2016, Picardal recounted how he helped poor families bury young men killed by gunmen in Davao after being linked to illegal drugs. He said then that a Duterte presidency was "very frightening" and warned that human rights groups would need to keep a close watch and document any violations due to Duterte's threat to replicate his anti-crime style in Davao to the rest of the country.

Picardal said in his blog late Sunday that he was aware of the danger when he took up his human rights advocacy. "I am ready to accept martyrdom if they catch up with me, but I do not seek it nor do I make myself an easy target," he said. 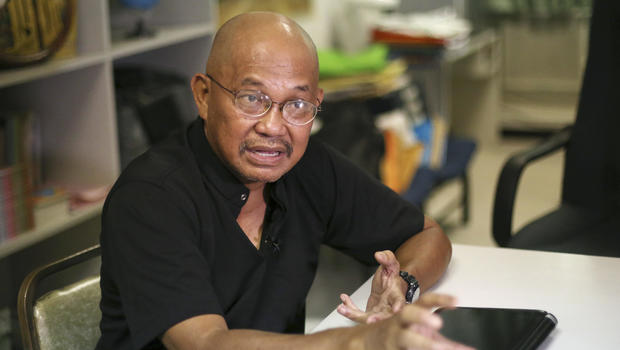 How U.S. stock market is reacting to coronavirus