Mel B is speaking frankly about her struggles with sex and alcohol addiction. The former Spice Girl tells the British tabloid The Sun that she is suffering from PTSD from what she calls an "emotionally abusive" relationship and is headed to rehab to overcome her issues.

The singer, whose real name is Melanie Brown, said that she is at a "crisis point" and that working on her memoir triggered her PTSD. She explained in a statement to The Sun, "I've been working with a writer on my book, Brutally Honest, and it has been unbelievably traumatic reliving an emotionally abusive relationship and confronting so many massive issues in my life from the death of my dad to my relationship with men."

Brown said that she has been "drinking to numb [my] pain." She continued, "Sometimes it is too hard to cope with all the emotions I feel. But the problem has never been about sex or alcohol — it is underneath all that." She then revealed that she was recently diagnosed with PTSD, and is undergoing treatment for it.

The former "X Factor" judge said that she is entering a treatment facility in the U.K. to overcome her addiction issues. She also said that she is going public with her issues in order to de-stigmatize issues related to addiction and PTSD.

"I am still struggling. But if I can shine a light on the issue of pain, PTSD and the things men and women do to mask it, I will do. I am speaking about this because this is a huge issue for so many people."

Last April, Brown filed a restraining order against her ex-husband Stephen Belafonte, who she said abused her for years. She claimed that Belafonte blackmailed her, choked her and forced her into sex with other women, among other allegations.

She wrote in the filing that she tried to leave him several times before the couple separated in December 2016, but Belafonte said he would "destroy" her life in "every possible way."

The couple married in 2007 after dating for two months. Brown said the physical violence in their relationship began in November of that year, when he allegedly choked her after her finale on "Dancing with the Stars." Brown added that Belafonte's physical violence usually followed successful moments in her career.

Brown also said that in 2012, Belafonte punched her in the face after she flirted with Usher on an "X-Factor" episode. She said that she had to pretend she fell in a pair of high heels after paparazzi took photos of her with a split lip. The judge granted Brown's request for a restraining order last year and ordered Belafonte to leave their Hollywood Hills home. 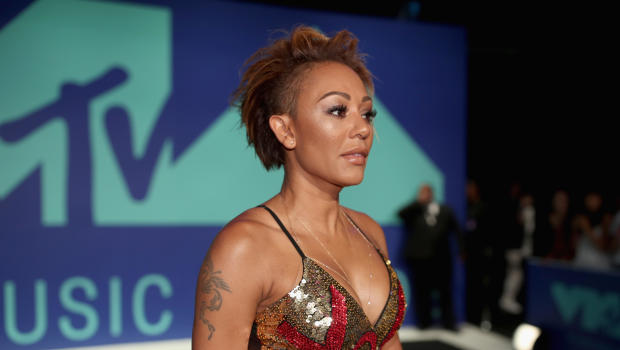