It all started years ago, during the push for then-President Bill Clinton's impeachment, when Lindsey Graham, then a House member, was presenting the case to senators, including Arizona's Sen. John McCain.

"Congressman Graham, on the most solemn occasion, said, 'You know, where I come from, any man calling a woman at 2 a.m. is up to no good,'" McCain said in March of 2017, explaining the history of their friendship on CNN. "I knew right then that Lindsey Graham was a guy I wanted to spend time with."

It was a friendship that would remain strong to the very end. McCain died on Saturday at 81.

"America and Freedom have lost one of her greatest champions," Graham tweeted Saturday night. "….And I've lost one of my dearest friends and mentor."

"I will need some time to absorb this, but I want Cindy —and the entire McCain family — to know they are in my prayers."

The two men hit the campaign trail together in 2000, during McCain's first presidential bid for the GOP nomination. That race didn't go McCain's way, but when South Carolina voters promoted Graham to Congress' upper chamber in 2003, they collaborated on legislation that would have major impacts on foreign policy. Their Senate gang once included now-former Sen. Joe Lieberman, an independent-turned-Democrat, until his retirement announcement in 2012. They were, "the three Amigos." When Lieberman left the Senate, that trio became a duo.

When McCain cast the deciding vote against legislation Graham introduced to overhaul the Affordable Care Act in September 2017, wrecking Republican chances of Obamacare repeal, some questioned whether their friendship would weather the storm. President Trump tweeted McCain had, "let his best friend L.G. down!" It would be the first of many verbal attacks Mr. Trump would make over McCain's vote in the months ahead.

But Graham made it clear their friendship was much deeper than politics or any single bill.

"He is one of my dearest friends in the world, and John McCain can do whatever damn he wants to, he's earned that right," Graham said on CNN during a health care debate the same month.

"To any American who's got a problem with John McCain's vote, all I can tell you is John McCain was willing to die for this country, and he can vote any way he wants to, and it doesn't matter to me," the South Carolina senator said.

When McCain announced he had brain cancer in July 2017, the revelation rocked Washington, D.C. — but it particularly touched Graham. It was Graham who, after being on the phone with McCain, broke the news to a meeting of fellow senators discussing health care.

"This disease has never had a more worthy opponent," Graham told reporters following the diagnosis.

The two appeared on CNN together before the cancer diagnosis in March, and described their camaraderie.

Here is a glimpse of their friendship, in photos: 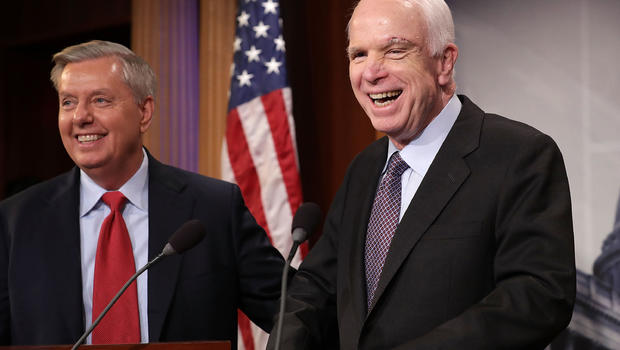 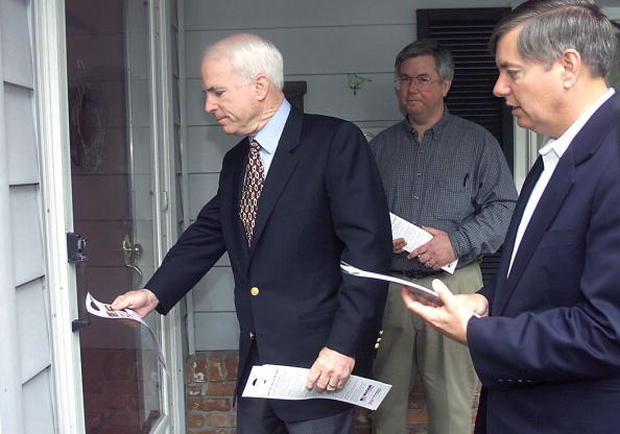 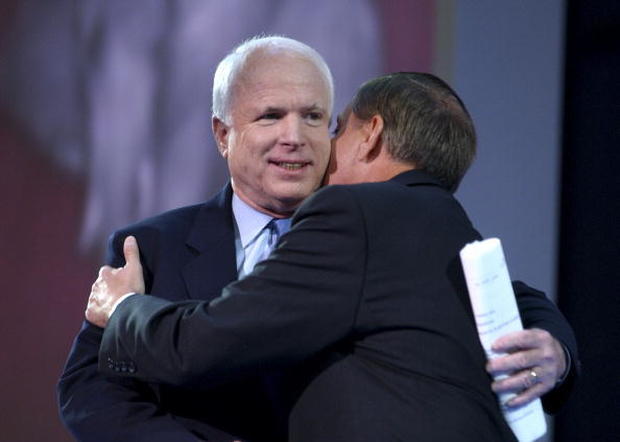 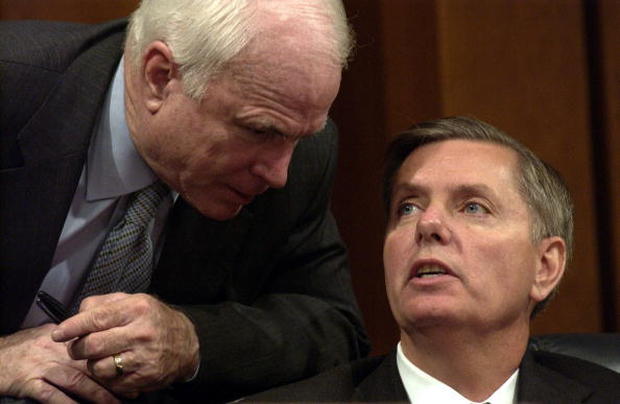 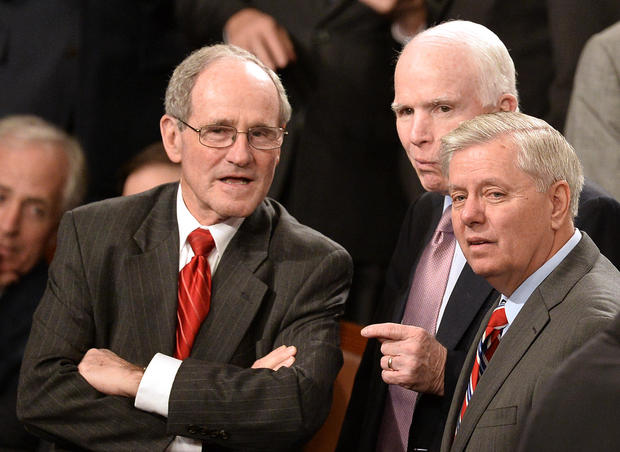 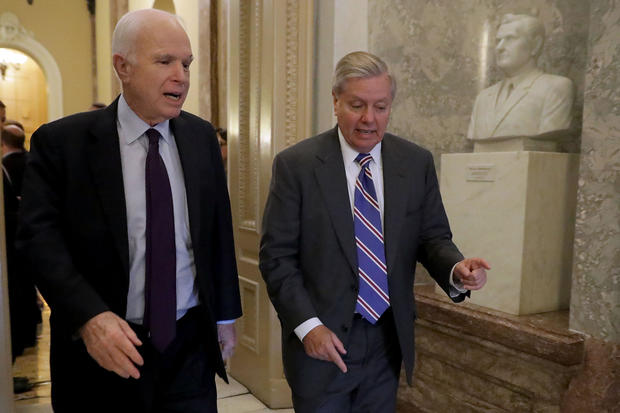 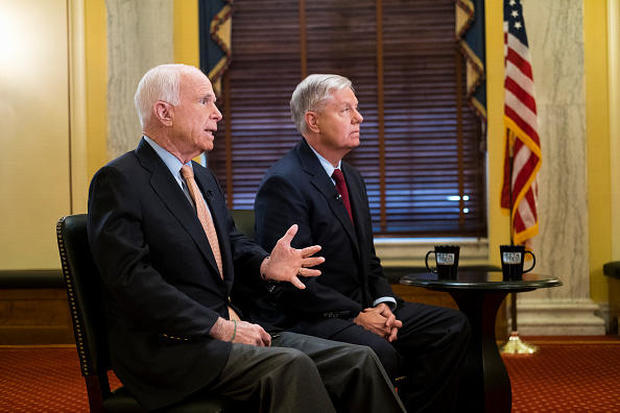