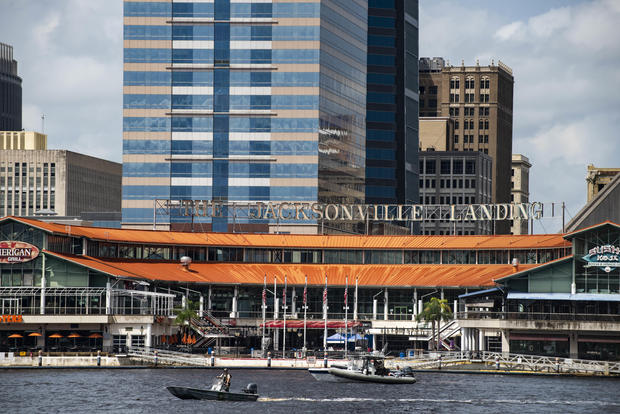 Preliminary reports say four people were killed and at least nine wounded in the shooting, a law enforcement source told CBS News. It is unclear if the four fatalities includes the shooting suspect.

Jacksonville Sheriff Mike Williams said one suspect, a white male, was killed at The Jacksonville Landing in the city's downtown area. In a brief press conference, Williams said police had cleared the scene and were not looking for other suspects. He did not say how many people were killed or injured in the shooting.

The sheriff's office had earlier said there were "multiple fatalities" and that many people had been transported to local hospitals. FBI agents are at the scene to assist the sheriff's office, which is leading the investigation, a law enforcement official told CBS News.

Doctors at UF Health Jacksonville said they were treating six victims. Five were listed in good condition. Another victim, who suffered a gunshot wound to the chest, was listed in critical but stable condition. Memorial Hospital said it was treating three patients, who were in stable condition.

There were 150 people involved in the two-day event, including players and spectators. Players were competing for a chance to play in the final round in Las Vegas. "This is your chance to earn your spot in the first Major's Live Finals happening in October 2018," the Facebook page for the event reads. "Don't hesitate to secure your spot!"

Florida Gov. Rick Scott, who was traveling to Jacksonville, tweeted that he offered state resources to the local law enforcement. His office said the Florida Department of Law Enforcement and Florida Highway Patrol were assisting in the investigation.

EA Sports said it was aware of the shooting and is working with authorities to gather information. "This is a horrible situation, and our deepest sympathies go out to all involved," the company said.

The NFL issued a statement saying it was "shocked and deeply saddened by the horrific tragedy" in Jacksonville. "We support our partners at EA Sports and will continue to monitor developments with local law enforcement."

Pat Milton contributed to this report. 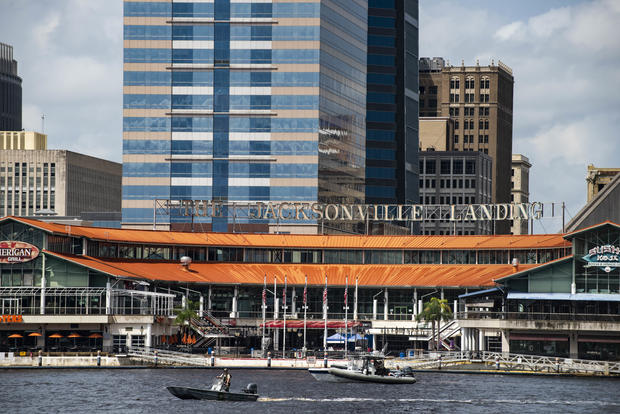 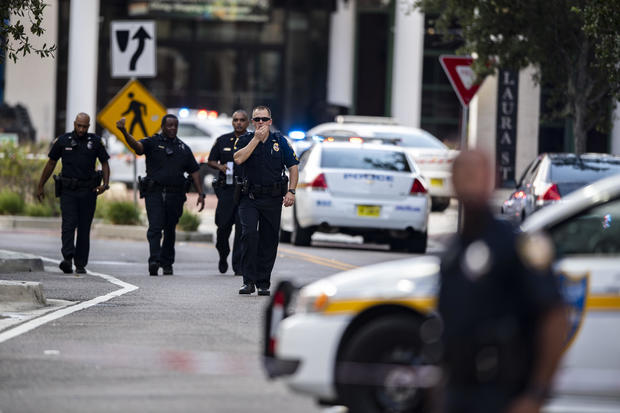 Trump urges late-term abortion ban during State of the Union

Suspect in 4 Nevada murders may be in U.S. illegally