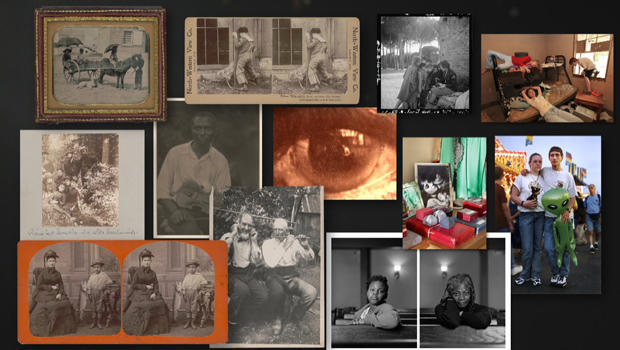 Now, a portrait of us – we, the people of the United States of America, compliments of our Tracy Smith:

It's a portrait of America that's never been seen before, an exhibit culled from the 14 million photographs of the Library of Congress, the nation's library.

Sorting through a collection that large could seem like an impossible task, unless you're billionaire philanthropist Wallis Annenberg, a woman undaunted by big numbers. "I thought, 'We've got to show these photographs," she said. "The history of this country, as far as I'm concerned, could be told in photographs."

So now, at the Annenberg Space for Photography in Los Angeles, is a show with a curious title: "Not an Ostrich." (More on that later.)

Smith asked, "Is it fair to say that photography is your favorite art form?"

Curator Anne Wilkes Tucker spent a year-and-a-half combing through pictures in the Library, narrowing them down to about 450 images in the exhibit.

"I wanted pictures that were engaging as pictures, even if you didn't know the back story," said Wilkes Tucker.

There's the earliest known photo of Abraham Lincoln, a 37-year-old Congressman with a stern but relatively unlined face, yet to endure the ravages of civil war.

And previously undiscovered relics, like the first "selfie," a self-portrait taken in 1839 shortly after the invention of photography.

There are crowd favorites, like Dorothea Lange's photo of a migrant mother, the most downloaded photo from the Library.

Some images we look back on with pride, others with sadness. Villains, and heroes, like this portrait of a young Harriet Tubman, who took 300 people through the Underground Railroad.

Wilkes Tucker noted she did so, "even though a price was on her head. And she's tiny, you know?"

The pictures go from the 1800s all the way up to the present day.

Smith asked photographer Carol Highsmith what she thinks when she walks through the exhibition.

She replied, "Well, look at this: Our America, over so many years of time, and these fabulous photographers who reported this."

Highsmith is one of those fabulous photographers. She spends most of her life on the road documenting life in every one of the United States and territories, and giving all of the pictures to the Library of Congress.

"It is for me to leave this legacy," Highsmith said. "But the legacy isn't about me. It's about us. Every day I'm either shooting or processing. I probably haven't had a day off in maybe 15 years. I am adamant that this is done and done well."

Will Wilson takes the same care with his painstaking work. He uses a 150-year-old photographic process called tintype, the same method that 19th century photographers used to photographs the "Indians" they met while settling the Old West.

But Wilson, a member of the Diné tribe, uses it to document Native Americans today.

Smith asked, "Why did you want to use an old photographic process to document something contemporary?"

"Part of it was a response to a photographer named Edward Curtis who did a big project called 'The North America Indian,'" Wilson said. "The very first image in that portfolio is called 'The Vanishing Race.' And it's a bunch of Navajo folks in Canyon Duche kind of riding off into the sunset.

"You know, in some ways it's a response to that idea that somehow Native Americans have gone on, that we're located in this historic moment. What I wanted to say was that Native Americans are still here, we're resurgent, we're doing kind of exciting, creative, important things."

And American creativity is certainly a theme here, down to the exhibit's quirky name.

"How many people would come to a show called 'The Library of Congress'?" Wilkes Turner said.

The show gets its name, "Not an Ostrich," from the caption of this photo: a Broadway actress who seems a bit out of her element at a New York poultry show. It is definitely not an ostrich, but a goose.

"She was not comfortable holding that bird!" Wilkes Tucker laughed. "She's worried about that bird, but trying to look professional!"

And here's something that makes this exhibit rather unique in the art world: Many of the photos are copyright-free, so you can download them for yourself.

Smith asked Annenberg, "When you look at a powerful image, what goes through your head?"

"It stays in my head. It doesn't go through my head," she replied. 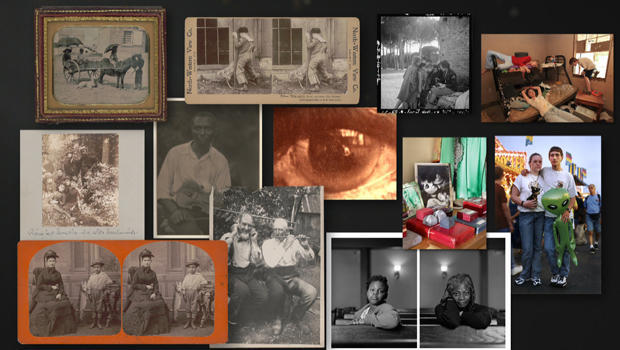 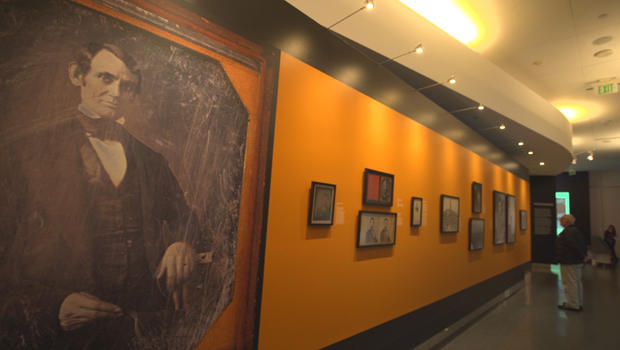 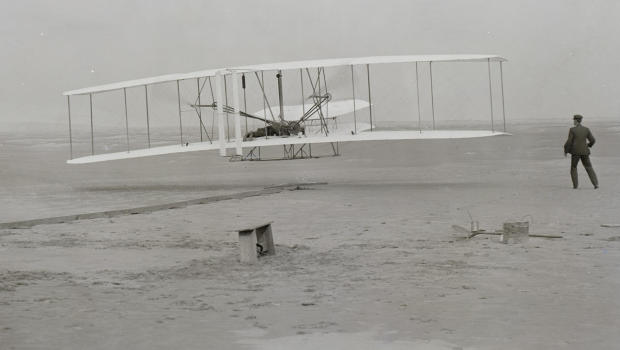 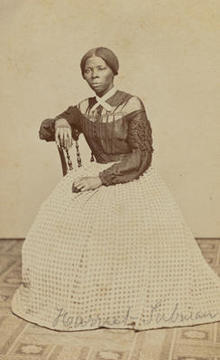 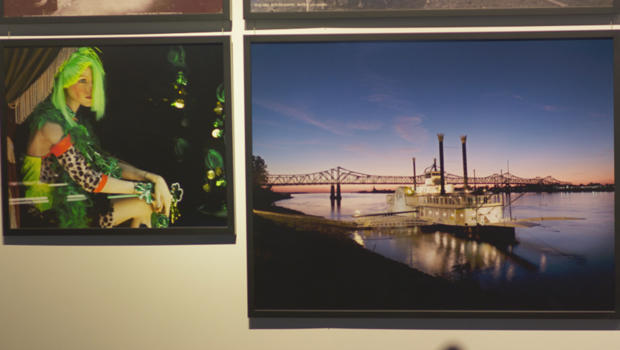 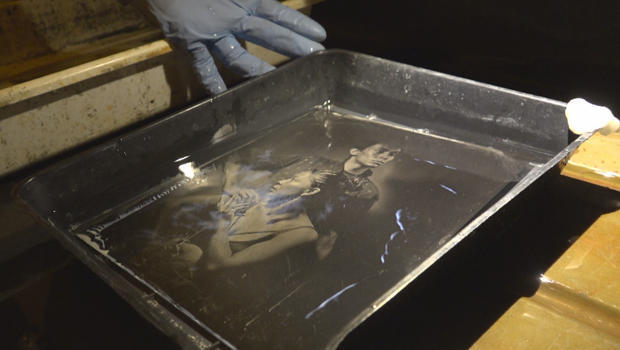 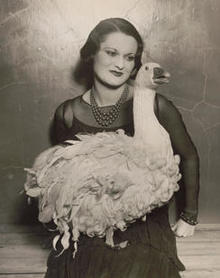