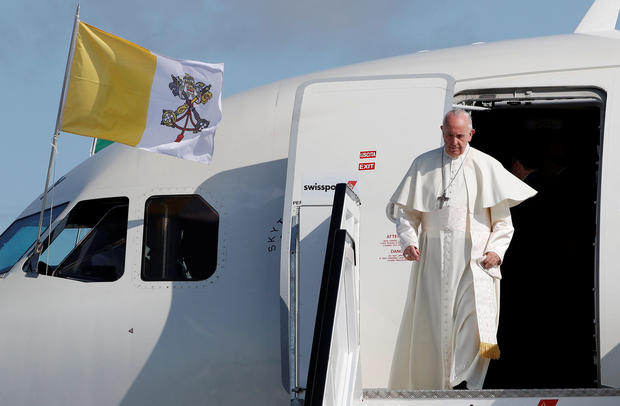 DUBLIN — Pope Francis arrived Saturday in Ireland, ground zero of the Catholic Church's sex abuse crisis, with the institution under fire across the globe for its systemic failures to protect children from rapists or to punish bishops who hid the crimes. Francis is making the first papal visit to Ireland in almost four decades.

The reception he received in Dublin, however, was a contrast to the raucous, rock star welcome that greeted St. John Paul II in 1979. No one from the general public was on hand at the airport or the roads nearby, and only a handful of people waited to cheer him outside the Vatican residence, despite gloriously sunny weekend weather.

Aware of the lasting wounds of the abuse crisis here, Francis was expected to meet with victims during his 36-hour trip and will have "many opportunities" to speak out about abuse, the Vatican said.

But neither Francis' words nor a new meeting with abuse victims is likely to calm the outrage among rank-and-file Catholics following new revelations of sexual misconduct and cover-up in the United States, an ongoing crisis in Chile and prosecutions of top clerics in Australia and France.

Ireland has had one of the worst records of abuse in the world, crimes that were revealed to the deeply Catholic nation's 4.8 million people through a series of government-mandated inquiries over the past decade. The reviews concluded that thousands of children were raped or molested by priests and physically abused in church-run schools while bishops covered up for abusers.

After the Irish church atoned for its past and enacted tough new norms to fight abuse, it had been looking to the first visit by a pope in 40 years to show a different, more caring church that understands the problems of ordinary Catholic families today.

The Pope's visit coincides with the World Meeting of Families, which is a Catholic gathering held every three years, BBC News reports. More than 37,000 people — most of them young Catholics — signed up to attend the Vatican-sponsored World Meeting of Families that started in Dublin on Tuesday and runs through Sunday. That's more than twice the number as for the last family rally held in Philadelphia three years ago.

And many faithful were hopeful.

"I see a lot of new life amongst young people who have a deep committed faith, Catholic faith," said Sean Ascogh, a churchgoer at a recent service in Blessington southwest of Dublin. "Obviously, they are very disappointed by what has been happening in the church in the last few years, particularly the whole abuse scandals, but I think people can see beyond that."

But Ireland's tortured history of abuse has left its mark. In a country where Catholic bishops held such sway that they advised the drafters of the republic's constitution in the 1930s, voters in recent years have turned their backs on core Catholic teachings.

The Ireland Francis visiting today is different from the one Pope John Paul II visited. There have been huge changes in public attitudes since the late 1970s to issues including abortion, divorce and same-sex marriage, and contraception, the BBC reported. In May, Ireland voted overwhelmingly to repeal a constitutional ban on abortions.

Prime Minister Leo Varadkar, who will greet Francis at Dublin Castle on Saturday, is openly gay.

Francis was welcomed on the tarmac of Dublin International Airport by a small official delegation mostly composed of clergy. He was presented with flowers and vestments by children, according to the BBC. But there no public crowd as would be the norm, especially in a Catholic country.

He then went to the Irish president's residence and was welcomed by President Michael D. Higgins and his wife Sabina, as well as a military guard of honor, the BBC reported.

Irish abuse victims and their supporters were expected to hold a solidarity rally on Sunday in Dublin, at the same time Francis is celebrating his final Mass to close out the family conference. The Mass for 500,000 people will be held Sunday at Phoenix Park in Dublin.

Separately, survivors of Ireland's wretched "mother and baby homes" — where children were exiled for the shame of having been born to unwed mothers — are holding their own demonstration Sunday. The location is Tuam, site of a mass grave of hundreds of babies who died over the years at a church-run home.

Francis will be nearby, visiting the Marian shrine at Knock, but has no plans to visit the grave site.

On the eve of Francis' arrival in Dublin, Boston Cardinal Sean O'Malley — the pope's top abuse counselor — said protecting children and vulnerable adults was now the single most crucial issue facing the church.

"All endeavors at evangelization and other great works will be dependent upon our ability to own our crimes and failings and to make the protection of children and vulnerable adults our No. 1 priority," O'Malley said in a statement read out to a safeguarding panel at the World Meeting of Families.

O'Malley had been expected to headline the panel in person, but he backed out at the last minute, citing a new inquiry he launched into his diocesan seminary amid sexual misconduct allegations — one of three big U.S. seminaries that have launched such investigations in recent weeks.

Irish abuse survivor and advocate Marie Collins, who resigned in frustration from O'Malley's board last year, told the safeguarding panel that if Francis claims to be on the side of victims, the Catholic Church should no longer lobby to block the ability of victims to sue and prosecute abusers after the statute of limitations expires.

"The actions of the church do not match the words, and they are in fact totally the opposite," Collins said. She called for "robust structures" and strong sanctions to hold accountable bishops and even Vatican officials who fail protect children.

But Francis offered no such structures or sanctions in a letter he penned on the eve of his Irish visit to the world's 1.2 billion Catholics, vowing only to spare no effort to fight the abuse problem. He has vowed "zero tolerance" since the start of his pontificate.

Leo Varadkar, Ireland's prime minister, said on Friday he hoped Francis' visit would mark the start of a new chapter in the country's relationship with the Church.

"In the past the Catholic Church had too much of a dominant place in our society," he said, the BBC reported.

Francis' first speech in Ireland on Saturday is an address to Irish government officials and civil society, where he will likely refer to the scandal. In the evening, he presides over a vigil.

When St. John Paul II visited Ireland in 1979, in the first-ever papal visit, some 1.25 million people turned out for his inaugural Mass in Phoenix Park — a third of the country's population and the largest gathering in Irish history at the time. 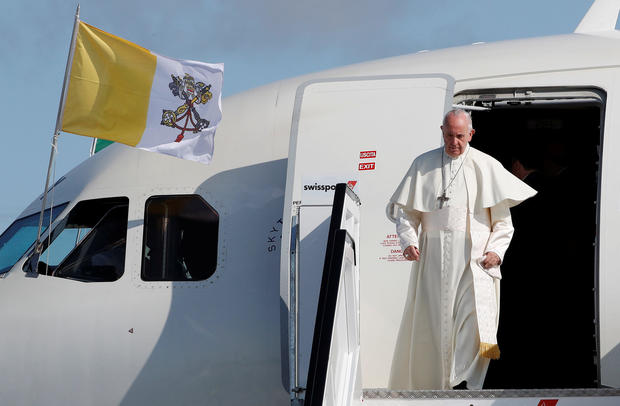 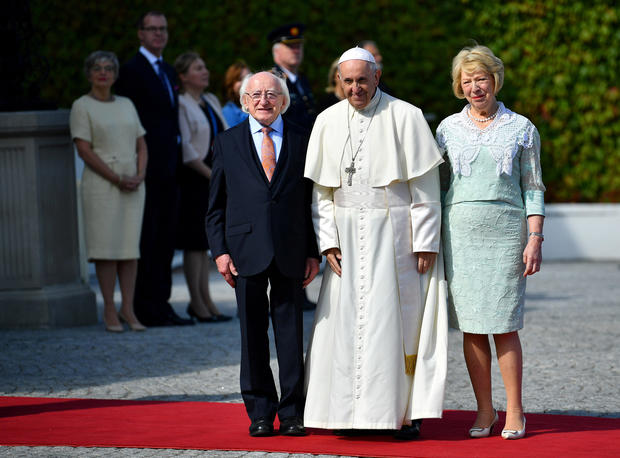 Rescuers attempt to save 5 pilot whales stranded on Massachusetts beach