At least 30 African-Americans are running for offices in Arizona this year, a milestone that some political observers say is a result of increased engagement and a new pipeline of leadership.

"I think a culmination of what's happening nationally, and what's happening locally, has really inspired people to say that this is a new day and a new era for African-American leadership," Bolding said, citing the successes of President Barack Obama, New Jersey Sen. Cory Booker and California Sen. Kamala Harris.

African-Americans make up about 4 percent of the population in Arizona, a state once noted in the late 1980s for its refusal to enact the Martin Luther King Jr. holiday. In 1992, voters approved a ballot initiative creating the holiday.

Tuesday's Arizona primary finds African-American candidates running for seats on school boards, city councils and other local offices. Flagstaff Mayor Coral Evans is running for re-election, and at least four people are vying for Justice of the Peace seats.

In the state Legislature, Bolding and state Rep. Geraldine Peten are seeking re-election.

Four Democrats and one Republican are seeking to join them in the state Legislature. On the federal level, Democrat Garrick McFadden is in three-way primary for Arizona's 6th Congressional District that covers eastern suburbs in Maricopa County.

Arizona has a population of about 7 million people, but only about 287,000, or 4 percent, are black, according to 2016 data from the American Community Survey. The state's Native American population is comparable at 296,000. About 2 million residents are Hispanic or Latino and 3.8 million are white, the data shows.

Bolding said African-Americans in Arizona have become increasingly engaged in political issues in the state over the past several years. He pointed to many people of color who canvassed for the minimum wage ballot initiative that passed last year, and those who have supported bond overrides in school districts.

Marcus Ferrell is one of seven candidates in a competitive Democratic primary for a state House seat representing parts of Phoenix and Scottsdale. Almost half the residents are people of color, but Ferrell says a person of color has never represented the seat.

Ferrell, who was the national African-American outreach director for Sen. Bernie Sanders during his presidential campaign, said it's increasingly important to mobilize communities of color and run more diverse candidates as the state changes demographics.

Kiana Sears, a statewide candidate who is running for one of two seats on the Arizona Corporation Commission, joined Ferrell and four other African-American candidates at a forum in early August. She told the group one of her top priorities is helping to ensure Arizona increases its renewable energy portfolio, citing higher rates of asthma among African-American children. The commission regulates electric utilities, water companies, railroad safety and securities.

Sears says she was the first African-American elected to the school board of the state's largest school district in Mesa. She hopes that her statewide candidacy can inspire others to run for office, regardless of their background.

The majority of African-Americans running for office are Democrats. State Democrat chair Felecia Rotellini says the party has worked to reach out to communities of color across the state by locating offices in communities like south Phoenix, south Tucson and Nogales.

"I believe that's one of our greatest advantages as a party, that we are so inclusive that everybody has a voice," she said.

In the Republican primaries, Walter Blackman, a military veteran, is seeking a state House seat in a rural district. If elected in November, Blackman said he believes he'll be the first black Republican elected into the Arizona House.

As a black conservative, he said he's received criticism from Democrats over his support for Republican President Donald Trump — including once when he wore a "Make America Great Again" hat.

"It's disheartening, being a black American, when I get treated poorly because of what I believe and my principals," he said.

Blackman grew up in a military family and says he's held onto conservative values throughout his life. Blackman said he was motivated to seek office in Arizona as a way to continue his public service and provide strong leadership for his community.

"I believe everyone wants their family safe, they want their kids to have a good education, and you want to live in a community that's safe," he said. "I don't think it really matters if there's an 'R' or a 'D' behind your name." 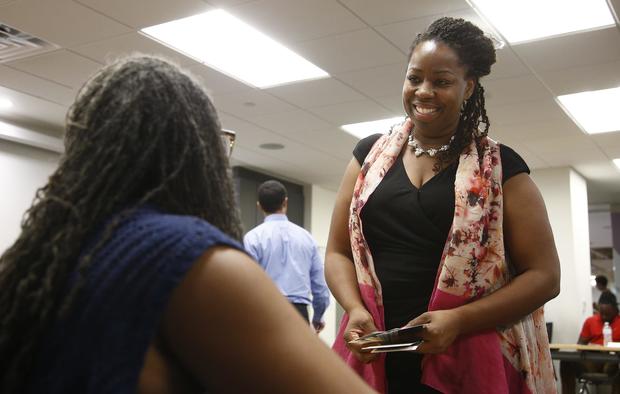 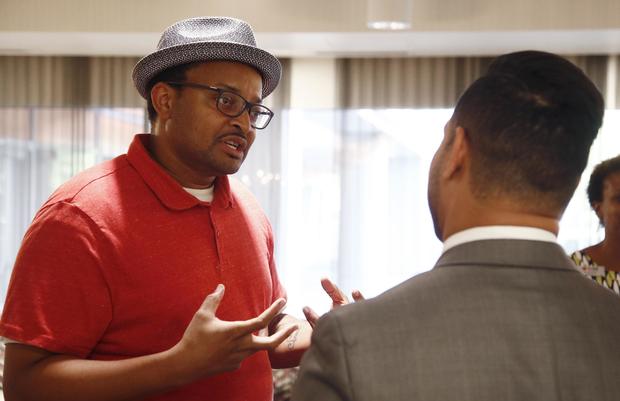 Trump visits air base where remains of Americans killed in Syria...