The eccentric and sometimes erratic CEO said in a statement late Friday that he made the decision based on feedback from shareholders, including institutional investors, who said they have internal rules limiting how much they can sink into a private company.

Musk met with the electric car and solar panel company's board on Thursday to tell them he wanted to stay public and the board agreed, according to the statement.

In an Aug. 7 post on Twitter, Musk wrote that he was considering taking the company private. He said it would avoid the short-term pressures of reporting quarterly results. Tesla went public in 2010 on Nasdaq.

One week after the tweet about taking Tesla private, Musk gave an emotional interview with The New York Times, where he said "this past year has been the most difficult and painful year of my career."

But he stood by his tweet last week saying he might take Tesla private and that he had secured the funding to do so.

Asked if he regretted it, he said, "Why would I?"

Musk has a reputation for being an eccentric visionary. But his out-of-the-blue announcement of a potential $72 billion buyout of the publicly held company raised a huge ruckus and pushed Tesla's shares up 11 percent in a day, raising the company's value by $6 billion. They've fallen back but remain elevated.

The Wall Street Journal reported that government regulators have subpoenaed Tesla as they dig deeper into his disclosure of the potential buyout.

That signals regulators are investigating if Musk was truthful in the tweet about having the financing set for a deal that analysts have estimated would require $25 billion to $50 billion.

Musk's social media antics have raised eyebrows as he berated analysts and falsely accused a cave diver of being a pedophile after the man was skeptical about a mini-submarine that Musk sent to possibly help rescue young soccer players from a flooded cave in Thailand. He later apologized for that remark. 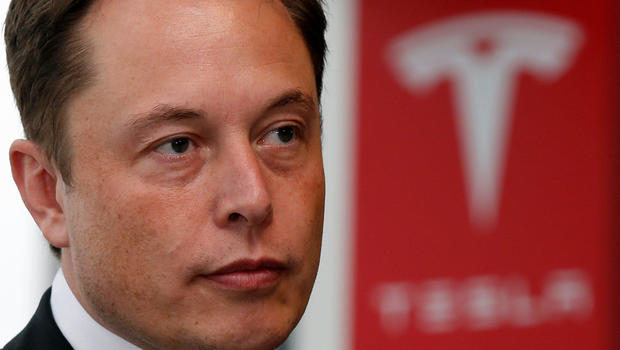 Automation could throw millions of women out of work