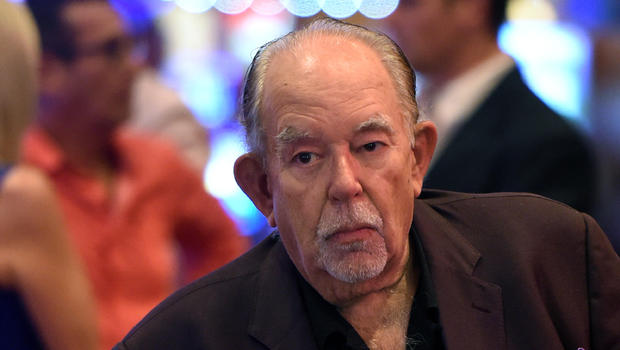 Robin Leach, a celebrity journalist and TV personality who was best known for hosting "Lifestyles of the Rich and Famous," has died at 76. In a statement to CBS News, his sons Steven, Gregg and Rick Leach said their father died early Friday morning at 1:50 a.m.

"Despite the past 10 months, what a beautiful life he had. Our Dad, Grandpa, Brother, Uncle and friend Robin Leach passed away peacefully last night at 1:50 a.m. Everyone's support and love over the past, almost one year, has been incredible and we are so grateful. Memorial arrangements to follow," said a statement from the family. The TV host had reportedly been hospitalized since suffering a stroke in November, and suffered another stroke on Monday, reports Leach's Las Vegas Review-Journal colleague, John Katsilometes. Leach had been working at the Review-Journal as a celebrity columnist.

Leach signed off each episode by bidding his viewers "champagne wishes and caviar dreams."

Leach became the Daily Mail's youngest Page One editor when he was just 18. Later, in 1963, he moved to New York and wrote for the New York Daily News, Ladies Home Journal and People magazine. He transitioned into TV in 1980, working for CNN's "People Tonight" and "Entertainment Tonight."

The entertainment journalist got his big break with "Lifestyles of the Rich and Famous" in 1984, which parlayed into several hosting opportunities for other TV programs and specials. Leach moved to Las Vegas in 1999 and wrote for several local publications. He joined the Review-Journal in 2016. 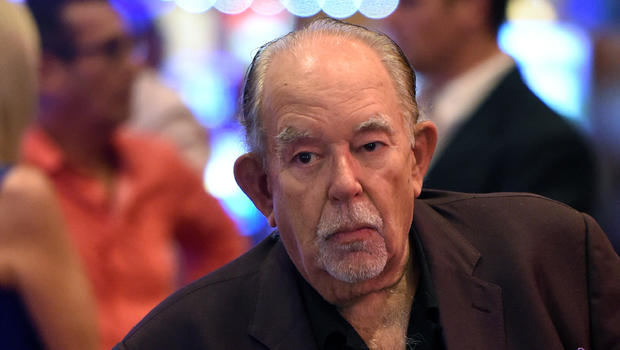