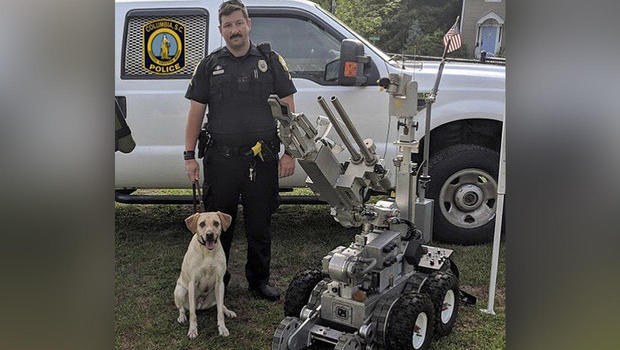 A police dog in South Carolina died after being left in a police vehicle for more than six hours on a day where the high temperature reached 94 degrees, the Associated Press reports. The dog's handler has been suspended without pay for five days, Columbia Police Chief Skip Holbrook said.

The K9, a Labrador retriever mix named Turbo, was 22 months old and had been trained to sniff out explosives. Turbo had been with his handler, Master Police Officer David Hurt, for seven months.

Hurt was at a high school getting active shooter training on July 26, and did not take the dog inside because of the loud noises and crowd. He left air conditioning on in the vehicle and left his windows open, but for some reason turned off a heat alarm.

Other K9 handlers also left their dogs inside vehicles, but they all checked on their animals frequently, the chief said. Hurt failed to return to his vehicle to let Turbo out to relieve himself — behavior that shocked seasoned dog handlers, Holbrook said. "He didn't give any logical reason," the chief said.

When Hurt returned to his vehicle at the end of the day, Turbo had white foam around his mouth. The handler immediately recognized Turbo was suffering from heat stress. Investigators don't know the temperature in Hurt's vehicle at the time because he immediately went to the vet, the police chief said. The dog was put to sleep two days later after suffering organ failure.

"It was a mistake of the heart he will have to deal with the rest of his life," Holbrook said, adding that he didn't fire Hurt because he immediately took responsibility for his grave error.

Holbrook estimated the police department lost about $25,000 in training and other expenses from the dog's death. Hurt will be suspended from the bomb squad and he will never be allowed to handle a police dog again. The chief said Hurt remains heartbroken over the dog's loss. Hurt has children who loved Turbo, he said.

"It's like losing a partner or a family member," the chief said. "It is devastating." 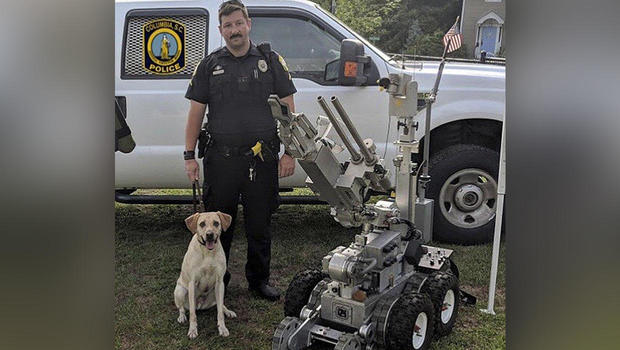 Gunman killed in FBI standoff was at Capitol on Jan. 6

Hacienda closing unit where woman was raped and gave birth

Abbi Jacobson on her new TV show, “A League of Their...