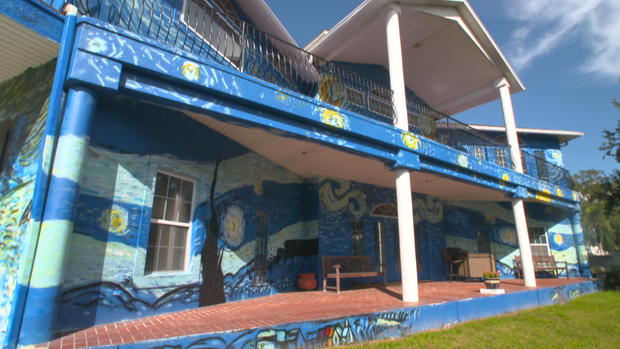 MOUNT DORA, Fla. — Lubek Jastrzebski and Nancy Nemhauser of Mount Dora, Florida, say it was the strangest thing: They noticed their 25-year-old autistic son, Chip, kept opening the same art book, and kept turning to the same page to stare into the same Starry Night.

"It seemed to comfort him. And given that there is not a whole lot that helps, we have to capitalize on whatever we can use," said Nancy.

That's why they hired someone to paint a huge, Starry Night-inspired mural on the wall in front of their house.

Chip loved it. The city did not.

Last year, a citation showed up at the door, saying graffiti is prohibited, and until the Van Gogh was gone, the family could be fined as much as $250 a day, up to the value of the house.

So they asked the code enforcement officer: which is it?

"What do we have to do fix this? And she said, 'The wall has to match the house,'" Nancy said. "We followed the instructions."

They did follow the instructions, and today the wall definitely matches the house. But despite their cynical compliance — or perhaps because of it — the couple's legal problems only intensified. Next, the city said the mural needed to come down for a second reason.

"A violation of the sign ordinance based on the fact that it had squigglies," Girone added.

This is what the family was up against.

All the while, the fines kept mounting, which is why even though their son would be disappointed, Nancy and Lubek almost painted over it – in a surrender white.

"The turning point, for you, I think, was when a young girl offered her allowance to help us to fight to keep the mural," Nancy said to Lubek.

For Lubek especially, the mural had become a First Amendment issue. Eventually the city saw it that way, too.

Today, those once-scorned squiggles are a now tourist attraction, with people visiting from around the world.

"It's very seldom when two crazy people are willing to lose the house," Lubek said. "For First Amendment." 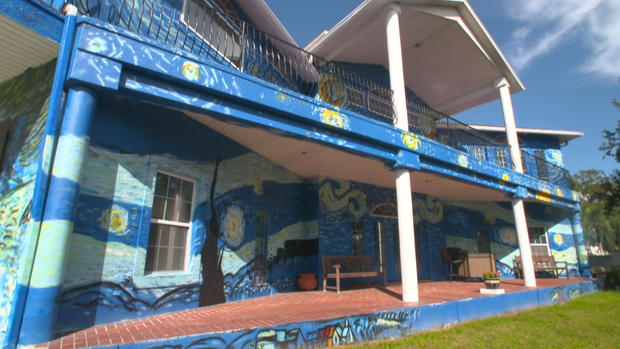 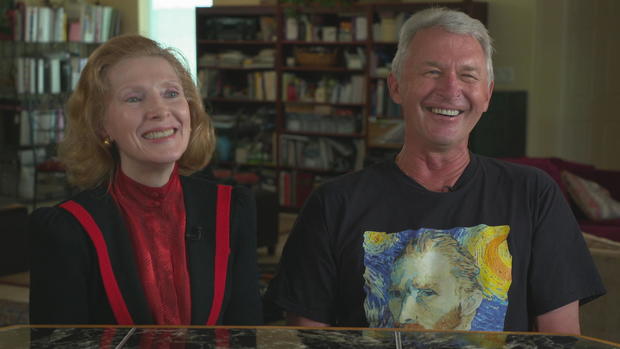