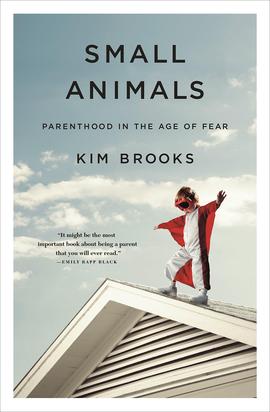 When author Kim Brooks left her 4-year-old son in the car while she ran into Target for five minutes, a stranger recorded him alone and then called the police. The fallout from that moment — which ultimately led to a warrant for Brooks' arrest — caused her to take a deeper look at why today's parents deal with so much criticism, doubt and worry. She explores those themes and how they disproportionately affect mothers in her new book, "Small Animals: Parenthood in the Age of Fear."

"I didn't really understand why what I had done was wrong or dangerous, and so that's why I started researching and talking to other women who have had similar things happen, to learn more about what the actual risks are when it comes to giving children independence and freedom," Brooks told "CBS This Morning" on Thursday.

In the book, Brooks recalls everything she took into account before deciding to leave her son, including the temperature, where she parked, how long she'd be gone and the kind of town she was in.

"I think what I was feeling was that this was where I grew up and I have so many memories of my own parents letting me wait in the car for a few minutes while they ran errands in the 80s, and so it didn't feel unsafe," Brooks said.

Part of this anxiety, Brooks found, comes from the way the media tends to focus on tragedies involving children, instilling a sense that things are more dangerous than they might actually be.

"One interesting statistic I found in writing the book was that, for example, it would actually take statistically on average 750,000 years for a child left in a public space to be abducted or kidnapped, but that is something parents worry about all the time. Stranger danger. Whereas 487 children on average are injured or killed in just car accidents every single day," Brooks said.

She warned that the downside of overprotective parenting is that it can prevent kids from developing life skills like resiliency and problem-solving.

"We don't do these things if our parents or if adults are doing everything for us. The other thing I learned that was really interesting is that psychologists say one of the things that actually makes people happiest in the world is having what they call an internal locus of control, which means that you, as a person, get to decide how you spend your time," she said.

Brooks also explores how mothers and fathers are held to different parenting standards. She found that bystanders are more likely to give men a pass.

"When people see a father doing something, even if they don't approve of exactly what they're doing, there's a sense of, well, good for him for being with the kids and babysitting and giving mom a break," she said. "The other problem is that in this country, because women still unfortunately do more than their fair share of the child care and the domestic work, anything that hurts parents or makes things harder for parents will disproportionately affect women." 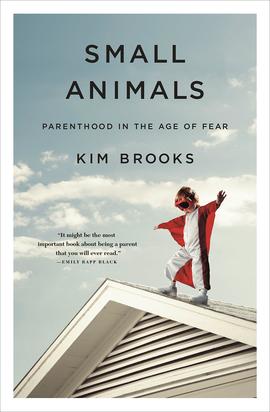