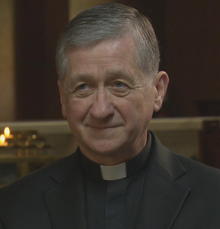 Pope Francis will arrive in Ireland this weekend for an international Catholic gathering amid intensifying scrutiny over the church's handling of sexual abuse by priests. The scandal forced two U.S. cardinals to cancel their trips. The pope asked for prayers as he prepares for the first papal visit to Ireland in nearly 40 years and is expected to meet privately with sex abuse survivors.

"There is a dysfunction in the family, and we have to address it," Cupich said.

One section of the grand jury report describes a group of priests who marked their victims with crucifixes to identify the ones who were easier targets. Asked if he's worried that something like this could surface in Chicago, Cupich said, "If such a ring existed, we have the measures by which we could detect it."

Cupich said a series of reforms adopted by bishops in 2002 have dramatically reduced abuse cases in the U.S.

"Whenever there is a violation, we name it. We come out with it, we tell people what's going on, and we make sure people are held accountable," Cupich said.

Sister Murphy leads one of the largest religious organizations in Ireland, a country also reeling from the sex abuse crisis.

"This is a really dark time….A darkness within the darkness," Sister Murphy said. "I think there's much more needed than just naming individuals, with respect, cardinal."

She believes the Catholic Church's problems are institutional.

"It is a very male, masculine, institutional, top down, dictatorial body. Who wouldn't want, as a woman, to see that collapse?" Murphy said.

One church official now in the crosshairs is Cardinal Donald Wuerl whom the grand jury accused of shielding 32 predatory priests when he was bishop of Pittsburgh. But asked whether Wuerl should step down, Cardinal Cupich said, "He is a man of good conscience, and so I will leave that to him."

There are also people calling for a total restructuring of the church – starting with every bishop. Cupich says that kind of action would create "anarchy."

"Many bishops in the U.S. are just as outraged as people are by what we read in the grand jury report in Pennsylvania," he said.

Cupich said he's confident Pope Francis has "specific steps" in mind for how to move the church forward. Sister Murphy is more skeptical.

"This is a virus, and this is not going to be healed over these coming days," she said. "To expect the pope to come up with the strategic plan for the Catholic Church over a weekend in Dublin is quite daft to be honest."

It's unclear how many abuse survivors the pope will meet while in Ireland. The Vatican has also not confirmed if the pope will publicly address church abuse. 500,000 people are expected to greet him in Dublin, along with hundreds of protesters. 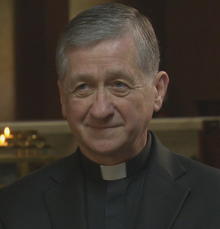 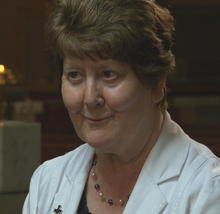