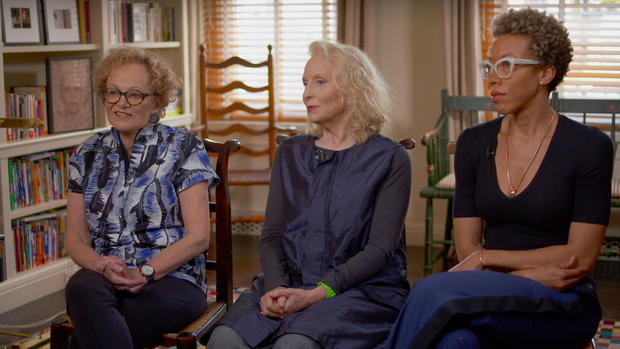 CBS News August 23, 2018, 9:24 AM Photographer outs herself as anonymous donor of millions to female artists

Our continuing series, A More Perfect Union, aims to show that what unites us as Americans is far greater than what divides us. In this installment, we bring you the story of Susan Unterberg, a 77-year-old photographer who used her inheritance to advance the careers of female artists without identifying herself, until now. The grant, named Anonymous Was a Woman, pays homage to women in art who once believed their work had more value if their gender was kept a secret.

You can find Susan Unterberg's work in collections at some of the country's most respected museums, but it is her effort as an anonymous benefactor of fellow female artists that's now brought her the most acclaim, reports CBS News' Alex Wagner.

Arlene Shechet won the award in 2010.

"Being in the world and looking like you're very successful doesn't mean that it's not financially a strain, and selling art is hard. So you can never know what to count on," Shechet said.
After she was commissioned last year to paint the official portrait of first lady Michelle Obama, artist Amy Sherald relied on the anonymous grant to actually complete it.

"I was like down to my last $1,000 and couldn't pay my rent," Sherald said. "This grant saved me from being an Uber driver."

For Shechet, the grant helped her face down some of the insecurities that come along with being an artist.

"Being an artist is a very insecure position. Not just financially, but emotionally and psychologically," she said. "And there's a lot of rejection to handle."

"And we've been accused of being competitive with each other," Unterberg said. "And at least for myself, my satisfaction was always gained through a man. You know, if a man found you worthy. So this is trying to change that."

For Sherald, the help she's received from Unterberg and Michelle Obama is a gift, one that she promises to pay forward. 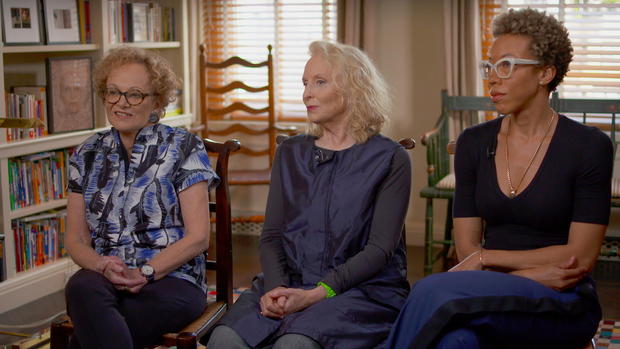