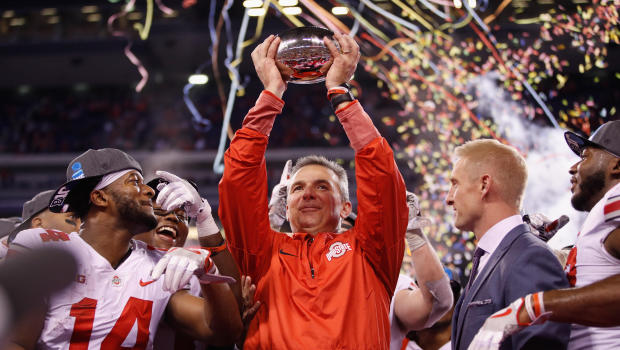 Smith was accused by his ex-wife, Courtney Smith, of physical abuse. Zach Smith was fired last month after she asked a judge for a protective order.

Meyer said at an appearance in July that he was not aware of the situation until recently.

"I got a text last night that something happened in 2015, and there was nothing," Meyer told reporters at the Big Ten Media Days, adding, "I don't know who creates a story like that."

But in an interview with the sports news site Stadium earlier this month, Courtney Smith said she told Meyer's wife Shelley that she was being abused in 2015. Courtney Smith said her then-husband had assaulted her during an argument about their young children. Smith obtained a restraining order shortly after the incident but charges were never filed.

"Shelley said she was going to have to tell Urban," Courtney Smith told Stadium. "I said, 'That's fine. You should tell Urban. We can't have somebody like this coaching young men.'" 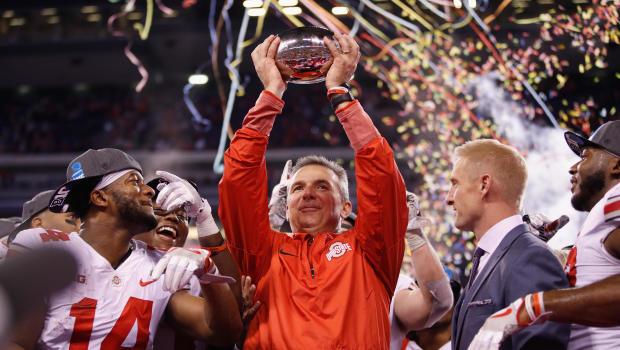