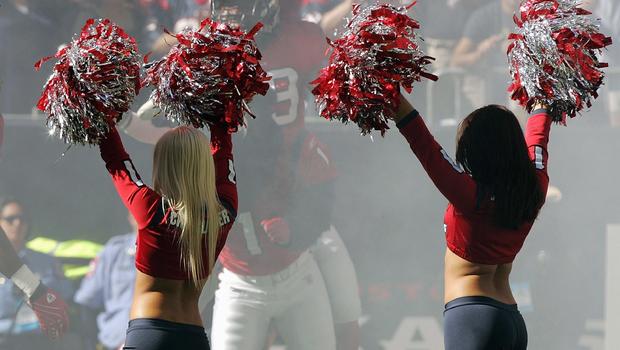 Altovise "Alto" Gary, 10-year-veteran director and coach of the Houston Texans cheerleading program, has resigned amid lawsuits filed by some former NFL cheerleaders who claim they were harassed, body-shamed and forced to work in a hostile environment. CBS affiliate KHOU-TV reports that Gary is accused of telling one cheerleader she had "belly jelly" and she was a "chunky cheek."

In another claim, Gary is accused of forcing former employee Angelina Rosa to duct tape her body because she was "skinny fat" — alleging she was slim, but not toned. There are also allegations that the team didn't give the cheerleaders fair compensation and Gary didn't take action when they alleged fans physically assaulted them.

Gary is the only defendant linked to the Texans who is named in the lawsuits.

In the first lawsuit filed in Houston federal court in May, three ex-cheerleaders alleged Gary harassed them about their weight and ethnic background, allegedly telling a Hispanic cheerleader she couldn't have straight hair and if she didn't curl it, Gary would "find another Latina girl to replace her."

Attorney Gloria Allred represents five other former cheerleaders who sued the team in June, claiming they were underpaid and bullied. They are alleging the team was paying the women less than the $7.25 per hour they were promised, not compensating them for making public appearances or performing other tasks related to their jobs.

"I believe that our lawsuit and the voices of our brave clients have made an important impact on the Houston Texans. As a result of their courage, there appears to be an important change taking place in the staff," Allred said Tuesday. "However, until there is justice for the cheerleaders by paying them fairly and compensating them by paying them the wages that they are due, we will continue our fight to win them the respect and dignity to which they are entitled and which is long overdue."

According to KHOU-TV, the women feared they would be let go by the team for the slightest infraction, and accused the organization of not putting them first.

"As an example of when I was not protected. I was attacked by a fan at a game," Hannah Turnbow, a former cheerleader, told KHOU-TV. "My attacker was not approached. I was told to just suck it up."

The station says that lawsuit was later dropped after the cheerleaders agreed to arbitration.

In June, Texans spokeswoman Amy Palcic said the team is constantly evaluating its cheerleader program and makes changes "as needed to make the program enjoyable for everyone."

"We are proud of the cheerleader program and have had hundreds of women participate and enjoy their experience while making a positive impact in the local community," Palcic said at the time. 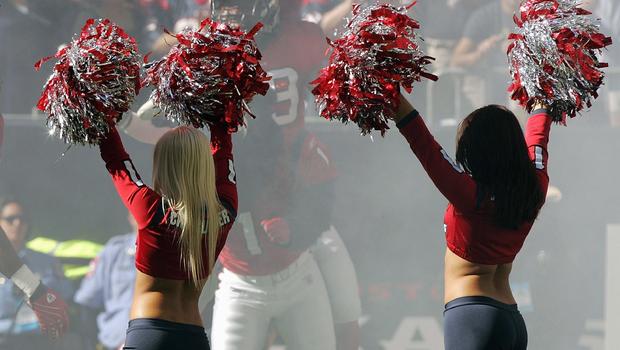 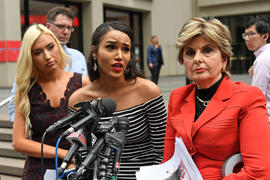