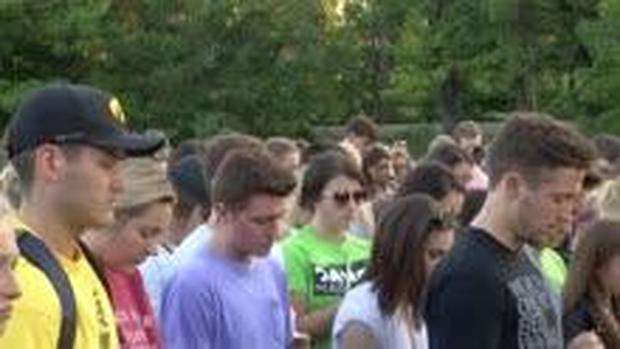 Hundreds gathered Wednesday at Hubbard Park in Iowa City for a vigil to remember Mollie Tibbetts, whose body was found earlier this week. According to CBS Cedar Rapids, Iowa affiliate KGAN, the vigil was organized by student government association at the University of Iowa, where Tibbetts was a student.

"Carry on her legacy, remember this as a time the country came together for one girl, one girl that loved everyone, one girl that wanted the best for everyone," said Mollie's brother Jake Tibbetts, KGAN reports.

Jake Tibbetts asked those in attendance to just turn around and talk to a person standing nearby, in memory of what Mollie would have done with her kind heart, calm demeanor and willingness to put others before her.

"Even if it was just passing her on they way to class, she would smile," a student who knew her told KGAN. "You would feel some kind of comfort because that really short girl just smiled at me."

Investigators believe Rivera followed Tibbetts and abducted her as she was out for a jog. He appeared in court Wednesday, where his bond was set to $5 million cash.

Tibbetts' July 18 disappearance set off a massive search involving state and federal authorities. Within hours of her body being found, President Trump noted the arrest at a rally in West Virginia on a day when his former personal lawyer and ex-campaign chairman both faced major legal problems.

"You heard about today with the illegal alien coming in, very sadly, from Mexico and you saw what happened to that incredible, beautiful young woman," Mr. Trump told the crowd in Charleston. "Should've never happened. Illegally in our country. We've had a huge impact, but the laws are so bad. The immigration laws are such a disgrace, we're getting them changed, but we have to get more Republicans. We have to get 'em."

CBS Des Moines affiliate KCCI-TV reports Iowa Gov. Kim Reynolds issued a statement saying in part, "As Iowans, we are heartbroken, and we are angry. We are angry that a broken immigration system allowed a predator like this to live in our community, and we will do all we can bring justice to Mollie's killer."

Tibbetts' family wasn't in court, but they released a statement. They didn't address the political debate, but said, "Our hearts are broken … We thank all of those from around the world who have sent their thoughts and prayers for our girl." 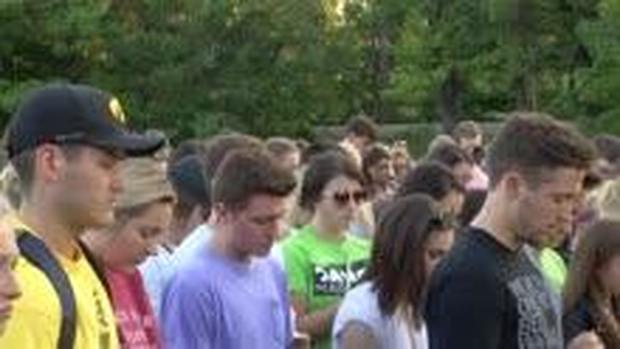