WASHINGTON — On Tuesday, President Trump awarded a posthumous Medal of Honor to an Air Force sergeant who died trying to save a Navy SEAL in Afghanistan in March 2002 during the Battle of Takur Ghar in Afghanistan.

Trump presented the medal to the widow of Tech. Sgt. John A. Chapman, a native of Windsor Locks, Connecticut, at the White House.

He commended Chapman for his bravery and for having helped save more than 20 American service members.

Chapman continued to fight after being severely wounded.

He's the first airman to receive the Medal of Honor since the Vietnam War. Chapman's wife accepted the award from Mr. Trump. 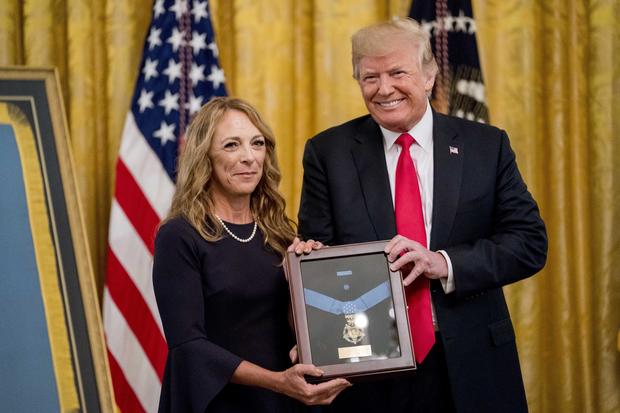