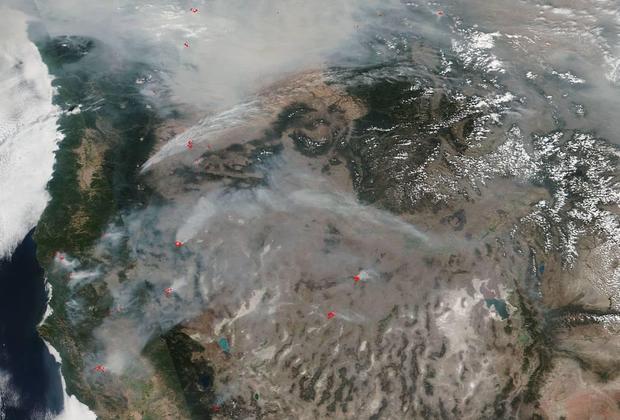 "I expected it to be clearer and we could see everything. I didn't expect to smell smoke," said Helen Hendrix, a tourist.

The city is experiencing collateral damage from a horrific start to the fire season, with wildfires burning from California to Canada. A NASA satellite image shows smoke covering nearly 2 million acres burning in the U.S.

"This is the worst air quality we've had across the region since 2000," said Craig Kenworthy, director of the Puget Sound Clean Air Agency.

Right now, it's some of the worst air on Earth. Just spending the day outside is equivalent to smoking nearly eight and a half cigarettes. At the moment, Washington and Oregon have the top five cities with the worst air quality in the nation — all listed as unhealthy. All that smoke is bad for the lungs, especially for the elderly and young children.

"We've noticed that over the last few days in particular, our numbers are ramping up, particularly in the emergency room," said Dr. Elizabeth Meade, chief of pediatrics at Swedish Medical Center. "Most people are just complaining of difficulty breathing."

"As we have hotter and drier summers in our forests, we're increasing the chances of these kinds of summers happening more and more often," Kenworthy said.

The wind is forecast to change directions later this week and blow much of the smoke. But even then, it could take days for the skies to clear. 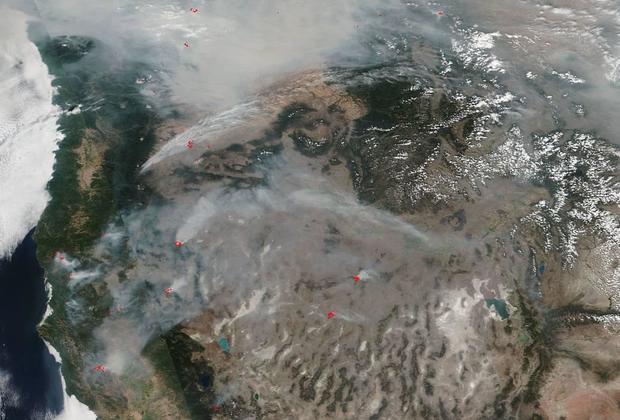