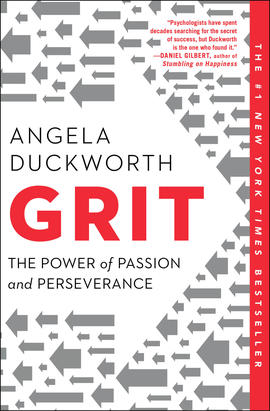 In her bestselling book, "Grit," author Angela Duckworth argues that success has more to do with passion and perseverance than innate talent or luck.

Duckworth joined "CBS This Morning" to discuss what she's learned about grit since the initial release of her book, which is now out in paperback, and ways parents can help their kids develop it.

"I still believe that this combination of passion and perseverance is a common denominator of excellence," Duckworth said. "But one thing that I have learned since writing the book is just the importance of passion and the challenge that so many people have in figuring out something they love is in some ways more difficult than the perseverance half of grit."

It's a mistake Duckworth sees parents making all the time. Work ethic is important, but if the child doesn't choose the activity it's going to be difficult to get to the grit part. As for where grit fits into the "nature vs. nurture" debate, Duckworth believes there is a component that is genetic but there are a lot of things parents can do to reinforce it.

"The part I'm most interested in is the non-DNA part. Your coaches, how your parents raised you, the role models that you have in life — these environmental experiences all tremendously influence your grit," Duckworth said. "The first thing is that a parent is a child's first role model. So if you love what you do and your kids see you wake up early, go at it, have bad days, come home, maybe even cry a little, get back up again — I mean, that's probably the most important thing that parents do, provide a model of what it is to love what you do and to work really hard at it."

For parents of older kids who might not be around as much to set an example, Duckworth suggests finding a coach or a teacher who can instill the same values.

"I think that if a parent can choose a coach or a teacher who really helps kids become their best and actually, you know, get that feedback like today I know you didn't give me what I know you can do, I think that's another thing parents can do."

To hear what Duckworth has to say about grading students on grit, watch the video at the top of this page. 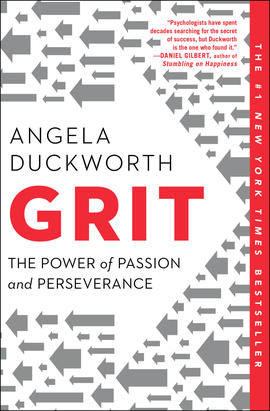