The Democratic National Committee says it has thwarted an attempt to hack its database that houses information on tens of millions of voters across the country.

The party official said it's not clear what third party was attempting the hack.

Bob Lord is the DNC's chief security officer. He briefed the leaders of state parties on the matter at a party gathering this morning in Chicago. The DNC distributes the voter file to state parties for Democratic candidates to use the information.

Lord said in a statement afterward that the Trump administration is not doing enough to protect American democracy.

CNET Senior Producer Dan Patterson told CBSN Wednesday that the attempt was "very concerning" due to the simple nature of the hack.

"These types of attacks are incredibly simple and often the most simple techniques are the most widespread techniques," he said. Patterson explained that databases typically used by campaign and election sites are based on a common database management system, MySQL, which allows users to easily "exploit and imprint bad data."

"It's easy to invade the website of organizations like the DNC and it's easy to implant bad information, it's so easy we see phising on the rise everywhere this election season," said Patterson.

News of the hacking attempt comes after Microsoft announced Tuesday it had uncovered new Russian hacking attempts targeting U.S. political groups ahead of the midterm elections.

The company said a hacking group tied to the Russian government created fake internet domains that appeared to spoof two American conservative organizations: the Hudson Institute and the International Republican Institute. Other fake domains were designed to look as if they belonged to the U.S. Senate.

Patterson said that political parties need to put aside any type of divide we have behind in order to adequately combat bad actors.

"When we look at government, when we we look at politics we are now so divided and so partisan in part bec of whats happenign on social media, that we seem unabel to protect our own poltical crown jewls,

He added, "We need to be able to lock down and encourage trust in our election system and what these actors are trying to do right now, the large goal is to undermine faith and confidence and trust, in not just the electoral system, but other institutions, and right now, it looks like they're pretty successful." 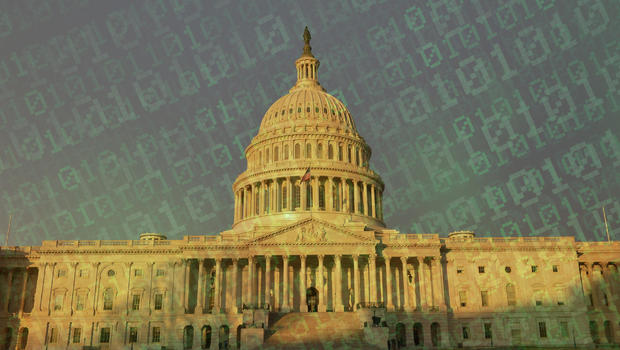 Millions could face severe cuts to food stamps due to shutdown