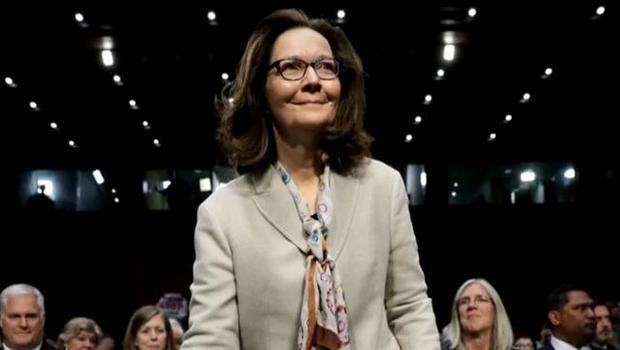 CIA Director Gina Haspel's pick for the number three role at the agency is, like her choice for deputy director, a career analyst with three decades of experience across a number of specialized fields.

Andrew "Andy" Makridis will assume the position of chief operating officer, a position that does not require Senate confirmation.

In a press release announcing Makridis' appointment, Haspel said, "Andy brings a wealth of expertise from his 32-year CIA career and has a deep understanding of how the agency works."

"He is the ultimate team player," Haspel said.

Haspel also named Sonya Holt, a 34-year veteran of the agency, to the role of chief diversity and inclusion officer. "To succeed against intelligence challenges facing us today," Haspel said, "we must have officers who bring a variety of life experiences and viewpoints to the job."

Holt served as the lead for the Director's Advisory Group (DAG) Implementation, an agency initiative formed in 2013 to address recommendations made by former Secretary of State Madeleine Albright to help more women at CIA reach leadership posts. The initiative concluded this year, after five years, and a final report is forthcoming. In an update issued last month, the agency noted that women now make up 36 percent of the Senior Intelligence Service.

The CIA said this week was the first that three senior officials – Makridis, Holt and deputy director Vaughn Bishop, who was sworn in on August 6 – began in their new roles.

"Andy Makridis is one of the most talented intelligence officers with whom I worked during my 33 years at CIA," said former deputy director Michael Morell, who is also a CBS News senior national security contributor. "He is smart but humble, tough but soft-spoken, and experienced and knowledgeable of all aspects of CIA activities."

"He is widely respected across the agency and will be of immense assistance to Gina Haspel in running it," Morell said.

With these top jobs filled, Haspel will have put in place a core team of close associates to help her run the agency. It remains to be seen whether she makes changes to the current leadership of CIA's operations and analytical directorates, which was in place before she took office.

Since her own swearing-in, Haspel, a former operations officer who spent the vast majority of her career undercover, has assiduously avoided media and most forms of public appearances and pronouncements. She has issued a smattering of benign, written statements, and has otherwise refrained from responding to controversies that have recently roiled the intelligence community – among them, the fallout from President Trump's unorthodox meeting with Russian President Vladimir Putin in July and Trump's announcement last week that he would strip former CIA Director John Brennan of his security clearance.

That announcement triggered a considerable and inordinately public response from former intelligence and national security officials, nearly 200 of whom signed letters protesting the White House's move. The former officials called the president's decision an unprecedented means of politicizing clearances and using them to retaliate against critics of his administration.

The outpouring itself was met with some disapproval from others within the intelligence community, many of whom complained that Brennan's behavior merited repercussions, that questions about why former officials retain their clearances after leaving government service were more than valid, and that current intelligence professionals, including Haspel, serve the country best by staying silent.

Haspel's announcement of the new appointments is the fifth public written statement issued in her name since May.

As chief operating officer, Makridis will be tasked with overseeing the day-to-day operations of the CIA, handling administrative, budgeting and personnel issues – including human resources, IT, logistical and security considerations.

"Among other things, the CIA is a massive bureaucracy," said David Priess, a former career CIA analyst and daily intelligence briefer. "It's a crucial position to make sure that analysts and operators alike have the resources they need to fulfill evolving mission requirements."

The job is "important, but not sexy," said one former senior intelligence official who was not authorized to speak on the record.

Another former intelligence official described the nature of Makridis' role with an analogy from the science fiction hit, Star Trek. "If, on the Starship Enterprise, Gina is Kirk, and Vaughn is Spock," the official said, "he's Scotty."

The position is often, but not always, held by career analysts. Brennan appointed a minority officer for the first time in CIA's history to the role – Meroe Park had, like Makridis, served nearly three decades at the agency before her appointment.

But Makridis' immediate predecessor, Brian Bulatao, was a private equity executive and longtime business partner of former director Mike Pompeo, who has since become Secretary of State. (Bulatao has since been nominated to serve in a near-analogous role, as undersecretary of State for management. That role does require Senate confirmation, which Bulatao still awaits.)

In a move that many understood to be reflective of Bulatao's intention to take a private-sector-style approach to the role, Pompeo changed its title to "Chief Operating Officer." It was, for the bulk of its history, referred to as "Executive Director," or "EXDIR," though for a time it was also called "associate deputy director." Haspel has elected to retain its most recent name.

Despite its unglamorous associations, the COO position can occasionally serve as a stepping stone to more powerful posts, including deputy director and director. Morell served as associate deputy director to former director Michael Hayden before becoming, at different times, both acting and deputy director of the agency. Brennan served as deputy EXDIR to former director George Tenet's pick for the role, A. B. "Buzzy" Krongard, and during his own tenure as director effected one of the most significant modernization efforts in the CIA's history.

Makridis ran Brennan's modernization task force and has for years been "groomed" for senior leadership, according to one former senior intelligence official. He was a "protégé" of Tenet, Morell and former deputy and acting director John McLaughlin, for whom Makridis worked as an executive assistant, the official said.

"Andy is a superb choice," McLaughlin told CBS News. "This job is about more than keeping the trains running on time. It's also a matter of putting together teams to do the work because so few issues lend themselves to a unidimensional approach."

"The key is that it has to be somebody with whom Haspel has a positive relationship," Priess said. "You can't have somebody that involved who is out of sync with the director."

Under Bulatao, structural changes at CIA were modest but meaningful. The agency added two mission centers – the Korea Mission Center, established last May, and the Iran mission center, created in June – and eliminated an unspecified number of others. Bulatao has also said he prioritized streamlining decision-making and introducing systems to reduce the amount of time – and paperwork – it takes for new hires to join CIA.

Last month, CIA's head of recruitment, Sheronda Dorsey, told CBS News that the agency is actively exploring technical means of accelerating its security clearance process via artificial intelligence, and that it will introduce virtual interviews that will be conducted via commercially available technologies in the fall. At the moment, clearances can take a year or longer to process, Dorsey said.

Beyond consolidating some of the changes Brennan set in motion, Haspel is not expected to demand large-scale changes to how the agency is run or structured – though she may fix things "at the margins," according to those familiar with her priorities.

Apart from the day-to-day business of running the agency, Makridis will have to grapple with a substantial cultural and demographic shift within the CIA, as a significant portion of the workforce – those who have spent two or three decades at the agency – ages out, and as costly and occasionally flighty millennial hires prove difficult to retain.

"There are now people at age 23 and 24 entering the agency for whom 9/11 was 17 years ago," said Ronald Marks, a former CIA official who served in its clandestine service and as a Senate Liaison. "And they are much more demanding."

"That bureaucracy is going to have to continue to shift to accommodate them – and it should," Marks said.

Bishop, Makridis and Holt will no doubt also be charged with monitoring the morale of officers at an agency that has been repeatedly buffeted by criticism and political controversy – and that can likely expect more of the same in the coming months.

"It is a very important time for the agency, given the nature of this administration," McLaughlin said. "Gina is putting together a team that has the smarts and the fortitude to get the job done." 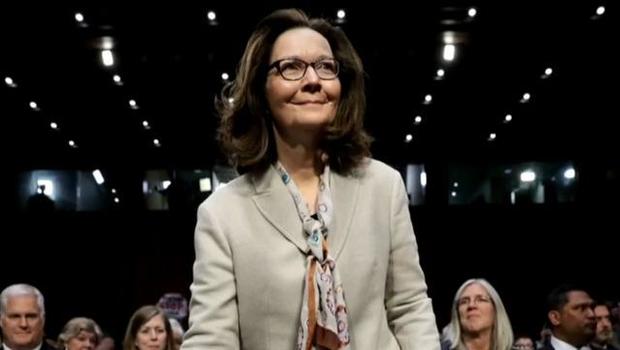