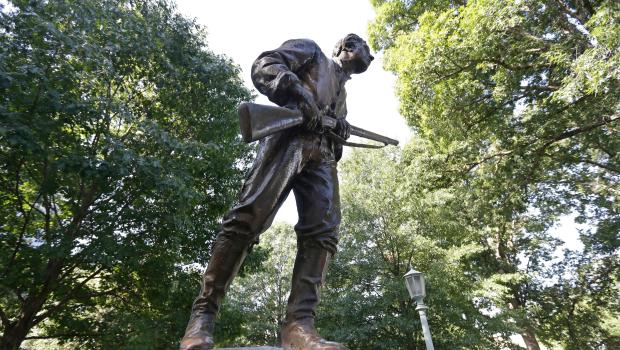 RALEIGH, N.C. — A North Carolina historical commission decided Wednesday that three Confederate monuments will remain on the state Capitol grounds with newly added context about slavery and civil rights, weighing in less than two days after another rebel statue was torn down by protesters at the state's flagship university.

The state Historical Commission was responding to a request by Democratic Gov. Roy Cooper to move the 20th-Century monuments from the Capitol grounds.

The commission voted 10-1 to reinterpret the three Confederate monuments on the grounds of the state's old Capitol building by adding more information about slavery. It urged construction of a memorial to North Carolina black citizens as soon as possible. The group of academic and amateur historians also recognized that monuments on the Capitol grounds are imbalanced toward the Civil War and the Confederacy.

The resolution by the state commission affirmed a recommendation earlier in the day by a study panel that took up the issue.

Cooper had asked last year that the three statues be moved to a Civil War battlefield to ensure their preservation.

While Cooper's request last September didn't say why he thought the three monuments were in danger, his request did follow two events: a violent white nationalist rally over a Confederate statue in Charlottesville, Virginia, and the toppling of a Confederate statue outside a Durham County government building by demonstrators.

Late last year, Cooper asked the commission to move the monuments to the Bentonville Battlefield State Historic Site located in Four Oaks, about 45 miles away from the Capitol.

The state attorney general's office wrote in May that the commission can order that the monuments be moved, provided the move meets several criteria, including that relocation is necessary to preserve them. The commission would have had to find that the new site is of similar prominence, honor, visibility and availability, the letter said. The letter said the monuments may be reinterpreted, but they can't be altered in that process.

As far as prominence, a letter from the state historic preservation officer shows that the Bentonville Battlefield attracts about half the visitors that the state Capitol grounds do, with the exception of the Civil War's 150th anniversary year of 2014-2015. That year, almost 113,000 visitors came to the battlefield and almost 106,000 to the Capitol grounds.

In 2016-2017, the battlefield attracted 47,000 visitors while almost 104,000 went to the Capitol grounds, according to the letter from Kevin Cherry, the state historic preservation officer and deputy secretary of the state Department of Natural and Cultural Resources.

CBS affiliate WNCN-TV reported the Silent Sam statue was knocked down at the University of North Carolina Chapel Hill Monday night, amid some tense moments between police and protesters. They demanded the statue's immediate removal, even prompting one student to wear a noose around his neck until it was taken down.

The statue, erected by the United Daughters of the Confederacy in 1913, had been under constant, costly police surveillance after being vandalized in recent months. Many students, faculty and alumni argued that Silent Sam symbolized racism and asked officials to take it down. 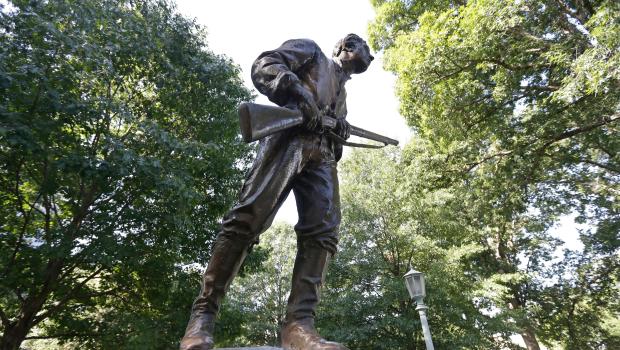 FAA to give flight attendants more rest between shifts

American among three sharing Nobel Prize in physics for their work...

Occupant's phone alerts responders to car crash that killed 6 in...