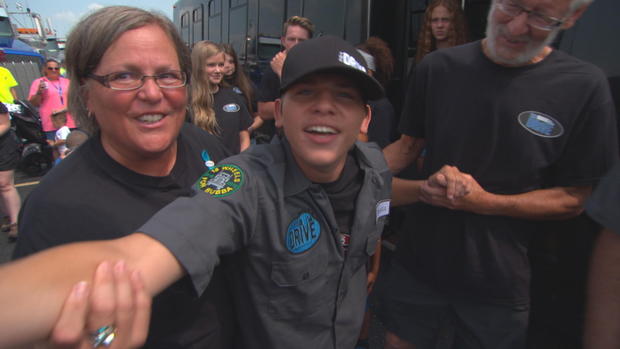 Dakota "Bubba" Cadd often sits in his back yard along Wisconsin Highway 26, hoping truckers will blow their horns for him. On Saturday, those truckers went the extra mile to surprise him for his birthday.

Bubba has cerebral palsy and Dandy-Walker syndrome, a congenital brain malformation. He was greeted by hundreds of trucks and thousands of people. But the birthday gathering started with with one small act of kindness.

"Dakota was out in his normal spot, sitting there, pumping his arm, and I noticed there was a bag on the ground," said Peg Cadd, Bubba's mom. "It was a little semi truck… and I realized that somebody had taken the time to stop on the highway and throw this package for my son over the five-foot fence."

Bubba's mom posted about finding the present on Facebook, saying whoever left the gift was awesome. It went viral, and eventually led to truck driver Mark King.

"I've always had a soft spot for children in wheelchairs, probably because I grew up with a sister… she was handicapped," King said.

Truck drivers who heard about Bubba wanted to come out and support him too.

"What child ever gets something so special like this?" Cadd said. "To see people embrace my son, giving him hugs and wishing him happy birthday. It's amazing that there are folks like that out there." 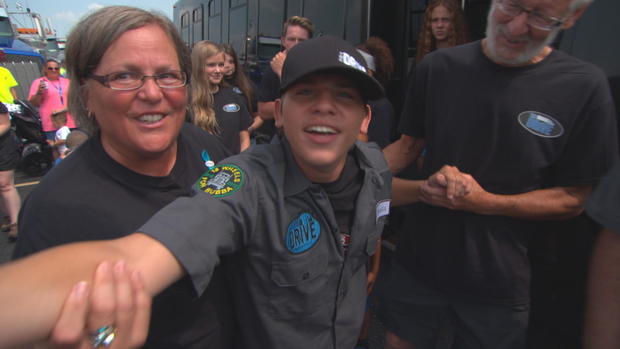