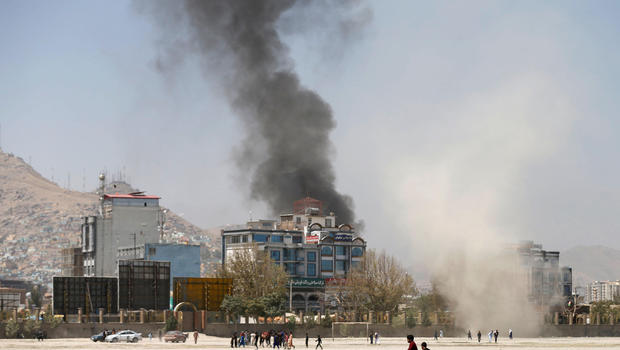 KABUL, Afghanistan — Rockets were fired toward the presidential palace in Kabul on Tuesday as the Afghan president was delivering his holiday message for the Muslim celebrations of Eid al-Adha, police said. Only two people were reportedly hospitalized with minor injuries.

The first rocket landed somewhere near the presidency, the second near a NATO compound and the U.S. Embassy in Kabul but no one was hurt, said police official Jan Agha.

The boom of the rockets was heard in the live broadcast of President Ashraf Ghani's speech. As he also heard the thud, Ghani interrupted his message to say: "If they are thinking the rocket attack will keep Afghans down, they are wrong."

There was no immediate statement from the Taliban, or a claim of responsibility for the attack by any other militant group, but the assault on the major Muslim holiday sent a stark message.

The area where the rockets hit is one of the most secure in the heavily fortified part of Kabul, where embassies and Afghan government buildings are surrounded by high cement blast walls and coils of razor wire. Many streets near the U.S. Embassy are closed off, as well as those near sensitive government and military locations.

Kabul police spokesman Hashmat Stanekzia said Afghan police had noticed a suspicious vehicle earlier on Tuesday morning and followed it to a house near the sprawling Eid Gah mosque where hundreds had gathered to offer their prayers for the Eid al-Adha holiday.

Once inside the house, the suspects are believed to have fired the rockets, Stanekzia told The Associated Press. A helicopter gunship was called in and bombed the location, destroying the house and the vehicle.

Eyewitnesses at the scene said that after the explosions, sporadic shooting could be heard from the area though it wasn't clear who was firing. The witnesses spoke on condition of anonymity fearing for their safety. 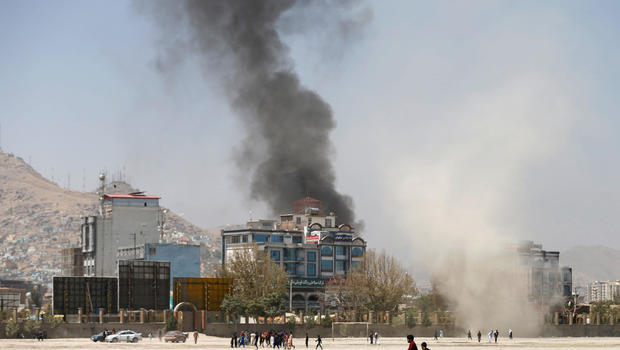