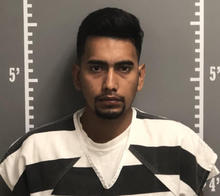 POWESHIEK, Iowa — Investigators say a murder charge has been filed against a man who led them to remains believed to be the body of 20-year-old college student Mollie Tibbetts, who disappeared from her small hometown in central Iowa one month ago. The body was discovered in a field in rural Poweshiek County, which includes Tibbetts' hometown of Brooklyn, Iowa, the Iowa Division of Criminal Investigation said in a press release.

Officials say the suspect, Cristhian Bahena Rivera, is in the country illegally. Investigators believe Rivera followed Tibbetts on July 18 and abducted her as she was out for a jog. Surveillance video showed a car that investigators traced back to Rivera, investigators said.

A cause of death remains unclear. An autopsy is scheduled for Wednesday.

Hundreds of people have been interviewed by investigators, who have been inundated with tips from the public during the five weeks that Tibbetts was missing.

Tibbetts was last seen July 18 in Brooklyn, a rural town of about 1,400 people, as she took a routine evening jog. IShe was reported missing by her family the next day, after she didn't show up for work at a day camp for children. 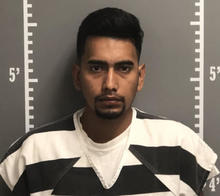 Trump tells “haters” to “calm down and enjoy the ride” in...