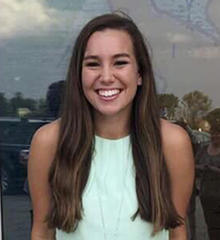 Mollie Tibbetts has been found dead, just over a month after she was reported missing, CBS News has learned. The 20-year-old University of Iowa student was last seen July 18, jogging near her home in the central Iowa town of Brooklyn.

Police have scheduled a news conference for 5 p.m. ET on Tuesday to provide an update on the latest developments. The body was discovered in rural Poweshiek County, the Iowa Division of Criminal Investigation said in a news release. So far, no details have been released about what the cause of death might be.

There is heavy police activity in rural Poweshiek County, just south of Interstate 80 near Iowa Highway 21, CBS affiliate KCCI-TV reports. Authorities have not publicly identified any suspects in Tibbetts' disappearance.

Last week, authorities said they were focusing their investigation on five areas in and near Tibbetts' hometown. Those locations reportedly included her boyfriend's home in Brooklyn, a car wash, a truck stop, a farm more than three miles from downtown Brooklyn, and another farm more than six miles away. Police asked anyone who was in those areas on July 18 to report anything suspicious they may have seen.

"I think someone went to the house that Mollie knew or that Mollie trusted and that she left with them willingly," Robert Tibbetts told CBS News. "Now they're in over their head and they don't know what to do."

Tibbetts would have started her junior year at the University of Iowa this week. 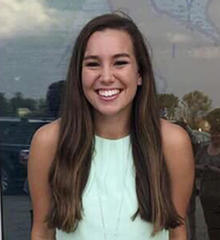 The biggest unsolved mysteries of 2018