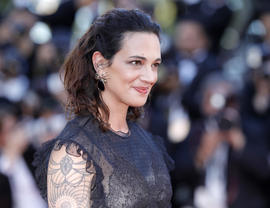 In a shocking turn of events, Italian actress Asia Argento is accused of sexually assaulting an actor when he was 17 and then paying him a settlement.

A memorable speech at the Cannes Film Festival in May of this year put Argento front and center of the #MeToo movement. Back in October, Argento was one of the first women to accuse Harvey Weinstein of sexual assaulting her.

"There are those who still have to be held accountable," she said. "You know who you are … and we're not going to allow you to get away with it any longer."

According to the New York Times, 22-year-old actor Jimmy Bennett is now accusing Argento of sexually assaulting him in 2013 when he was 17. Argento was 37 at the time, and the age of consent in California is 18.

Bennett played Argento's son in the 2004 film, "The Heart is Deceitful Above All Things." They developed a close relationship where he viewed Argento as a mother-like figure, according to documents obtained by the New York Times.

In 2013, Bennett says Argento sexually assaulted him in a hotel room. In November of last year, just one month after Argento made the accusations against Weinstein, Bennett threatened to sue Argento over his allegations. Five months later, Argento allegedly arranged to pay Bennett $380,000.

Jodi Kantor has been covering Weinstein for the New York Times and is a CBS News contributor. She sees similarities in the Weinstein and Bennett cases.

"She did not comment on the New York Times story and so I think people today felt very much like, you were so vocal, you were such a proponent of MeToo, how do you address this seeming contradiction," Kantor said.

"The degree of hypocrisy that this development demonstrates is beyond stunning," said Ben Brafman, Harvey Weinstein's attorney.

"My guess is that no law enforcement agency and no legitimate media outlet will ever again take her seriously," Brafman said.

CBS News reached out to Argento's attorney and agent and have not heard back. The "X Factor Italy" is reportedly going to drop Argento from the show if they can confirm the New York Times story. 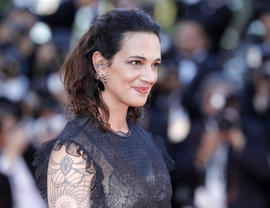