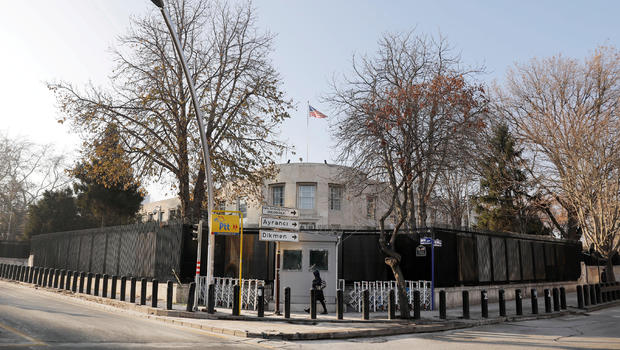 The U.S. mission is closed this week as Turkey celebrates the Muslim holiday of Eid al-Adha, but an embassy spokesperson issued a statement confirming that a "security incident" had occurred. The spokesperson added, "We have no reports of any injuries and we are investigating the details. We thank the Turkish National Police for their rapid response."

Ties between Ankara and Washington have been strained over the case of an imprisoned American pastor, leading the U.S. to impose sanctions and increased tariffs that sent the Turkish lira tumbling last week.

The Reuters news agency notes that, "The U.S. embassy in Ankara and the consulate in Istanbul have been the targets of attacks by militants and have faced numerous security threats in the past." 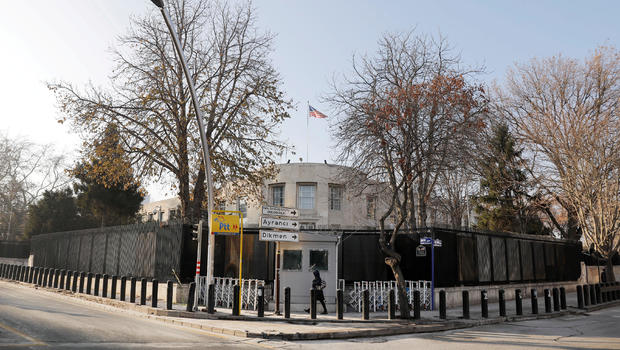 Olive Garden manager out of a job after time-off tirade