In keeping with a tradition from his time in office, President Obama shared his personal reading list for those looking enjoy the final weeks of summer. Obama wrote on Facebook Sunday that one of his favorite parts of summer is "deciding what to read when things slow down a bit."

His list this year, he says, includes some new novels, old classics and, hinting at the current political climate, books that have "reaffirmed my faith in our ability to move forward together when we seek the truth."

Though Obama, like President Trump, enjoys playing golf, he is also enjoys passing "a quiet afternoon" on vacation with a book.

Here's a look at what the 44th president suggested readers enjoy this summer:

Educated, A memoir, by Tara Westover

"A remarkable memoir of a young woman raised in a survivalist family in Idaho who strives for education while still showing great understanding and love for the world she leaves behind," Obama's review reads.

A dramatic story set in post-WWII London narrated by a young man trying to make sense of his adolescence and the mysterious existence he led after his mother, a wartime spy, left him and his sister in the care of the "Moth." Obama called it "a meditation on the lingering effects of war on family."

A House for Mr. Biswas, by V.S. Naipaul

Nobel Prize winner V.S. Naipal's early novel, inspired by his father's life, about one man's struggle for a semblance of economic independence at the dawn of post-colonialism in Trinidad. Naipaul, who died at the age of 85 earlier this month, said that this was the novel closest and most personal to him, "created out of what I saw and felt as a child."

An American Marriage, by Tayari Jones

This selection for Oprah Winfrey's book club is a "moving portrayal of the effects of a wrongful conviction on a young African-American couple," according to Obama. The couple in the novel, Celestial and Roy, are a well-educated, newly married young black couple with a promising future before them when Roy is wrongfully convicted of rape and sentenced to 12 years in prison.

Factfulness: Ten Reasons We're Wrong about the World – and Why Things Are Better than You Think, by Hans Rosling

Obama refers to the late Rosling as an "outstanding international public health expert" and says this is "a hopeful book about the potential for human progress when we work off facts rather than our inherent biases." The thrust of Rosling's book is that our perceptions of human progress are distorted, and he offers a path to a clearer view of the world. Philanthropist Bill Gates also singled out the book for high praise, calling it "one of the most important books I've ever read." Rosling died in 2017 of pancreatic cancer. 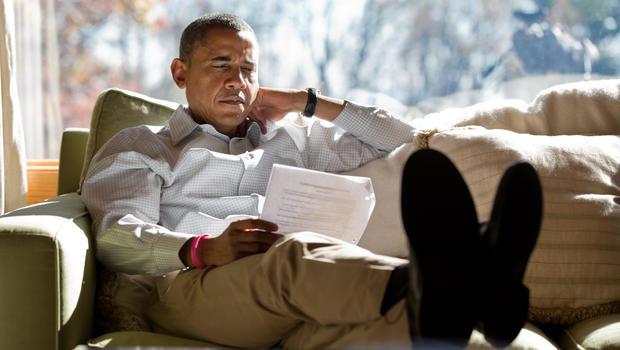 Majority of Democrats want candidate who will unite country