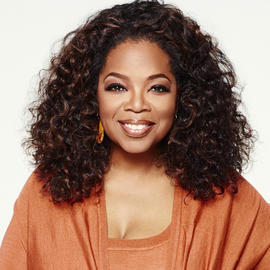 Oprah Winfrey made her first appearance as a special contributor to 60 Minutes on the 2017-18 season premiere, the broadcast's 50th.

Through the power of media, Oprah Winfrey has created an unparalleled connection with people around the world. For 25 years, Winfrey was host of her award-winning talk show "The Oprah Winfrey Show," which was the highest-rated television program of its kind in history. Her accomplishments as a global media leader and philanthropist have established her as one of the most respected and admired public figures today.

While hosting and appearing on the No. 1 syndicated show, Winfrey founded her own production company, Harpo Productions. Under her leadership, Harpo developed many successful syndicated television programs, including "Dr. Phil," "The Dr. Oz Show"and "Rachael Ray," among many others, plus motion pictures under her Harpo Films banner, including the recent award-winning "Selma" in which she also had a featured role. In 1985, she co-starred in Steven Spielberg's "The Color Purple," where she was nominated for an Academy Award for Best Supporting Actress. She earned critical acclaim in "Lee Daniels' The Butler," starred in the recent HBO movie "The Immortal Life of Henrietta Lacks" and will appear in the Disney feature film "A Wrinkle in Time."

In 2011, in partnership with Discovery Communications, Winfrey founded OWN: Oprah Winfrey Network and serves as its chairman and CEO. OWN has become one of the fastest growing cable networks for women, achieving its highest-rated and most-watched year in network history in 2016.

In 2000, Winfrey founded O, The Oprah Magazine, which FORTUNE magazine declared the most successful start-up in that industry's history and recently debuted her first cookbook memoir, Food, Health and Happiness, which reached No. 1 on the New York Times Bestsellers List. She joined the Weight Watchers board of directors in 2015.

Winfrey is also one of the most active philanthropists in the world, donating more than $20 million to the creation of the Smithsonian's National Museum of African American History and Culture. The Oprah Winfrey Leadership Academy for Girls in South Africa will celebrate its 10th anniversary this year, of which she has contributed more than $100 million to provide education to academically gifted girls from disadvantaged backgrounds.

In 2013, Winfrey was awarded the Presidential Medal of Freedom by President Barack Obama, the nation's highest civilian honor. 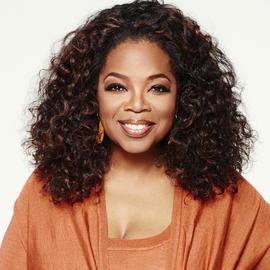 Richard Haass: “World is moving in the wrong direction”

Joy Mangano on inventing your future and living your passion

Trump keeps up attacks on McConnell over health care “disgrace”

The clones of polo