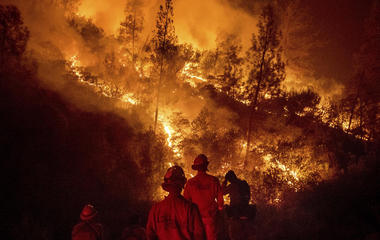 SHASTA, Calif. — California firefighters working long hours in dangerous conditions have often done more than put out the flames. They not only saved Jeff Grant's home — one firefighter took time to save his garden.

"This note was in the front door, saying, 'I have watered your flowers and garden a couple of days. Hope they make it,'" Grants said.

The firefighter who left the note is Ray Barber, the fire chief in Red Bluff, California.

"I realized that this garden was still intact, still salvageable, and so that morning I watered it and then returned that evening and then again the next day," Barber said.

"He didn't have to do that," Grants said. "He just took it under into his heart that to help us out."

Even as they work to the point of exhaustion, social media posts show firefighter's small acts of kindness, including leaving food and water for stranded house pets and farm animals.

After he evacuated, cameras on Frank Grasso's home in Riverside County showed flames melting the fence and heading toward the house. Then a firefighter showed up.

"All of a sudden I get a notification from my video doorbell," Grasso said.

The firefighter told him through the video that his house was safe.

"You guys doing OK wherever you are?" the firefighter asked.

Grasso told him he was with family, and was sure to show his appreciation.

"This is what we all do. I mean, all the firefighters, that's what we do. We take pride in what we do. And you know, I think that we all think the same," Barber said.

Only occasionally do residents get a chance to meet the firefighters who did so much for them. But among the ashes, signs of appreciation always go up for a job well done. 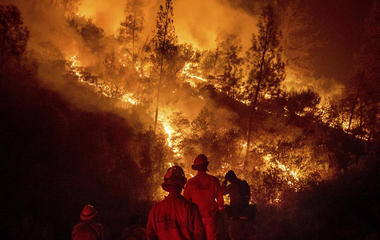