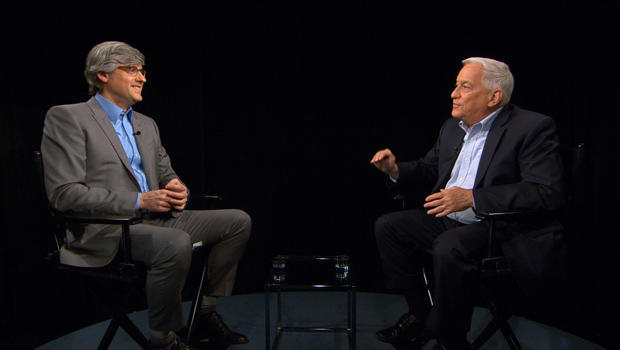 How to account for a "stroke of genius"? How is it that lightbulb-like flashes of inspiration seem to have touched only a handful of people down through the centuries? That's the question Mo Rocca explores in our Cover Story (originally broadcast on March 18, 2018):

Albert Einstein, Madame Curie, and theoretical physicist Stephen Hawking, who died this past March – we know they're all geniuses. But what does that mean?

To Vint Cerf, genius is not just the matter of intellectual capacity: "It's the ability to do and think beyond the borders of most of the rest of us."

And back in the 1970s, Cerf – now at Google – and his colleague, Bob Kahn, did just that, when they helped create the Internet – ingeniously interconnecting existing networks, and (this was crucial) welcoming users to build more.

"I wanted everybody in the world to have access to this," Cerf said.

This earth-shaking innovation touches just about everything we do today. But Cerf humbly states, "I'm not the visionary that I think geniuses represent. I'm an engineer. I like to make things work."

According to author Walter Isaacson, "Part of genius is having a type of vision that then spurs others to do great things."

Which is why, Isaacson says, Vint Cerf is a genius.

"If I pull out my phone, and you see everything from Uber apps, to AirBnB, it's all because that was enabled by a common set of protocols that said, 'Anybody can create,'" Isaacson said.

"'Genius' is a word that gets tossed around a lot these days. Has it suffered from word inflation?" Rocca asked.

"Absolutely. We slap the word 'genius' on people who are just really smart. But we all know that smart people are a dime a dozen. Being a genius means you gotta be creative and imaginative, or as Steve Jobs would say, 'Think different.'"

Isaacson has written best-selling biographies of such geniuses as Leonardo da Vinci, Albert Einstein, Benjamin Franklin, and the late co-founder of Apple.

Rocca asked, "You spent a lot of time with Steve Jobs. Did you feel like you were in the presence of a genius?"

"I felt I was in the presence of somebody who could connect art to technology," Isaacson said, "and that gave him an ability to understand how beauty matters."

A key component of genius, according to Isaacson: Uncontainable curiosity.

As a sixth-grader in Hawaii, Jennifer Doudna saw a particular plant, and began to wonder: "How did that plant land on this remote island in the middle of the Pacific?"

Rocca said, "So, obviously you were a very curious kid?"

"That could be interpreted in different ways!" she laughed. "But, yes."

Doudna grew up to become a biochemist at the University of California at Berkeley. She co-discovered a technique for editing genes, known as CRISPR (Clustered Regularly Interspaced Short Palindromic Repeats).

Doudna said, "I think CRISPR is best described as a surgical tool for changing the code of life." With CRISPR, terrible diseases might one day be eradicated.

So, according to Isaacson, Doudna is a genius. "I don't think of myself that way at all," she told Rocca. "I love building teams, and putting groups together that I think collectively do work that's better than any of us would do individually. And I really enjoy the process of discovery."

Collaboration and discovery: Dynamics clearly at play with Wynton Marsalis and his orchestra.

Rocca asked, "What does that feel like when it's working?"

"It feels unbelievably great," Marsalis said. "If you can get into that moment of improvising, and they all can hear, you have to make yourself stop playing, 'cause it feels so good, you don't wanna stop!"

The co-founder of Jazz at Lincoln Center is the first artist to win Grammys for both classical and jazz. Marsalis says he doesn't know where his talent comes from.

"It's a spiritual thing that we don't know," he said. "Nobody can explain a person like Bach or Shakespeare or Duke Ellington. You don't know why."

"Do you think it's visited on you?" asked Rocca.

"I think It's something you interpret that passes through you, like an understanding. 'Cause you can get into a state and you don't even remember what it was. It just comes to you."

An inspired state, says Isaacson, that geniuses of all disciplines understand: "Einstein would say that he was very much of an artist. When he had trouble figuring out the field equations that went into general relativity, he'd pull out his violin and play Mozart, saying that Mozart helped him connect with the harmonies of the spheres. And so, yes, you have to understand the beauty of math, and for that matter, the mathematics of beauty."

Marsalis recalled talking with world-famous architect Frank Gehry about Gehry's design work: "And we're talking about form, logic. A certain type of lyricism, how you combine and integrate different things to come up with an innovative idea."

"In a situation like that, both of you are talking about both architecture and music," said Rocca.

"They're the same thing," Marsalis said.

And if you're wondering if you're living with a future genius — another Marsalis, Cerf or Doudna — here's a word of advice from Walter Isaacson: "If you've got a genius or a creative kid, you never want to knock out the curiosity and the sense of observation, and that sense of wonder about why the sky is blue." 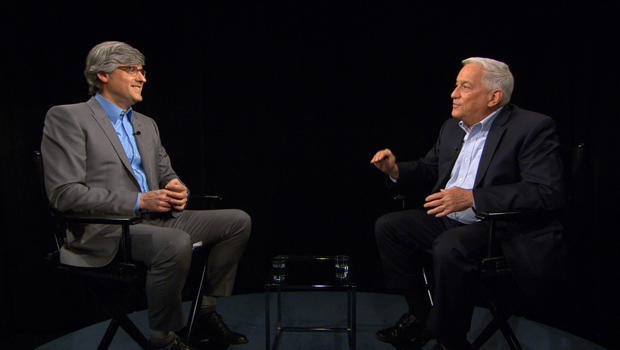 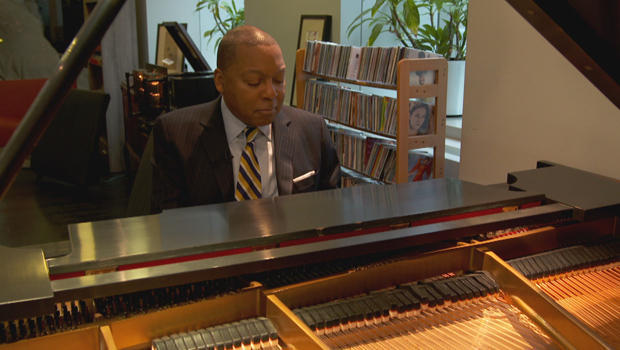