President Trump's lawyer Rudy Giuliani acknowledged Sunday that the 2016 Trump Tower meeting between top Trump campaign staff and a Russian lawyer "was originally for the purpose of getting information about [Hillary] Clinton." In an interview on NBC's "Meet the Press" with Chuck Todd, Giuliani also expressed concern about the possibility the special counsel's investigation could set a perjury trap for the president based on a different "version of the truth."

With regards to the Trump Tower meeting, Giuliani repeated the most recent explanation offered by Mr. Trump, whose accounts of the meeting have shifted over the past year.

"Well, because the meeting was originally for the purpose of getting information about, about Clinton. The meeting turned into a meeting…" Giuliani said.

Todd interjected, "Which in itself is attempted collusion."

"No it's not," Giuliani replied.

He continued, "That was the original intention of the meeting. It turned out to be a meeting about another subject and it was not pursued at all. And, of course, any meeting with regards to getting information on your opponent is something any candidate's staff would take. If someone said, I have information about your opponent, you would take that meeting."

When the meeting between Kremlin-connected lawyer Natalia Veselnitskaya and Donald Trump Jr., Jared Kushner and Paul Manafort first came to light, the campaign claimed it was just to discuss Russian adoptions. The president gave a different story earlier this month, stating in a tweet, "This was a meeting to get information on an opponent, totally legal and done all the time in politics — and it went nowhere. I did not know about it!"

Giuliani also explained why he's has some reservations about President Trump sitting for an interview with Special Counsel Robert Mueller. Earlier this month, he put the odds of such an interview at "50-50."

On "Meet the Press" Sunday, Giuliani said, "Look, I am not going to be rushed into having him testify so that he gets trapped into perjury. And when you tell me that, you know, he should testify because he's going to tell the truth and he shouldn't worry, well that's so silly because it's somebody's version of the truth. Not the truth."

"No, it isn't truth. Truth isn't truth," Giuliani said. "The President of the United States says, 'I didn't…'" 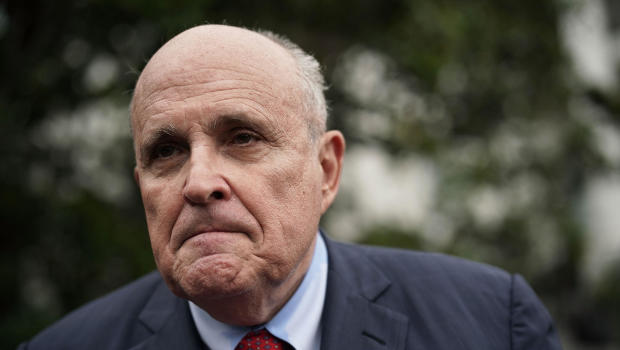 Women weigh in on women in politics and on Ivanka Trump