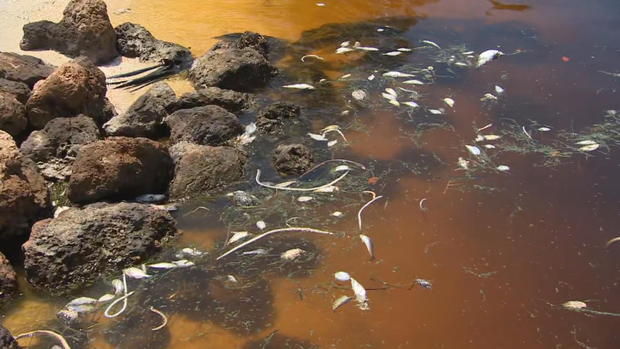 At least seven counties in Florida are under a state of emergency for a toxic algae bloom that has killed thousands of marine animals. But researchers at a lab in Sarasota say they have a machine that can fight the red tide.

The state of Florida is at war with a toxic red tide. A tide that is killing marine life along the Sunshine State's southwest coast and creating a stench.

"The smell is just a little unbearable," said one vacationer.

It's hurting businesses like this surf and paddle shop in Cortez, Florida, where owners Rochelle and Dan Neumann cannot put their boats in the water.

"Ninety-five percent of my business is guided tours, rentals, paddle boarding kayaks," Rochelle Neumann said. "We are completely shut down."

Scientists at Mote Marine Laboratory in Sarasota are working on a new weapon that they call an "Ozone Treatment System." The device processes 300 gallons of water per minute. It breaks down toxin-infested water, injects it with ozone and then pumps out clean water.

Scientists at Mote use this system to reduce red tide at their tanks in Sarasota County. And earlier this week, researchers tested it for the first time on a canal in Boca Grande, Florida. They hope the system can help canals where red tide lingers.

Residents here are hopeful too.

"It's wonderful — we got to take care of our resources, you know," said boat captain Chad Bomberger. "If we don't have beaches to go to and fish to catch, Florida's just cut in half."

Scientists at Mote Marine Laboratory say testing at the site was completed Friday afternoon. Water samples were taken and the results will be processed next week. 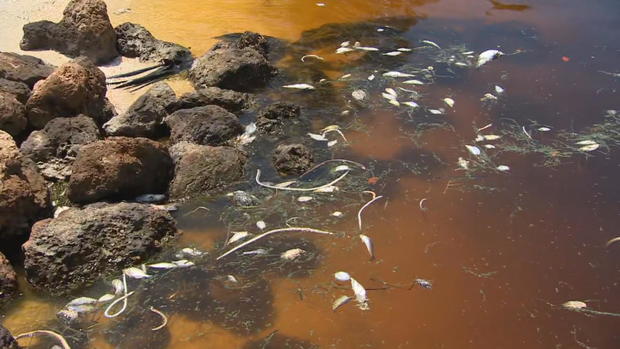 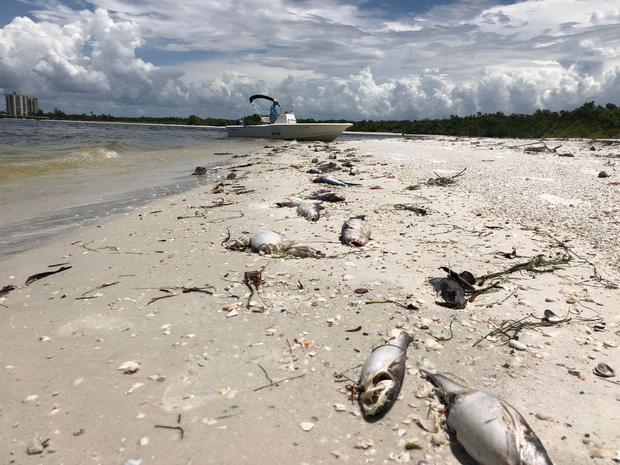