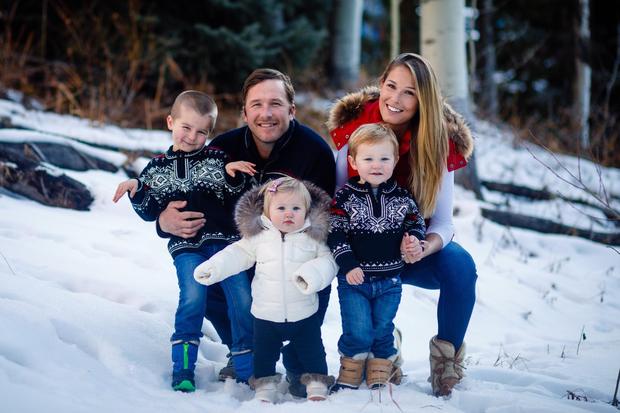 Two families brought together by tragedy are now working to turn their pain into a platform for change. In June, Emmy, the 19-month-old daughter of Olympic gold medal ski racer Bode Miller and his wife, Morgan, drowned in a swimming pool. On the same day, Nicole Hughes' energetic 3-year-old, Levi, also drowned.

The lives of both families were shattered by similar accidents, and now, two months later, the families are working to create awareness of how fast and how often a drowning occurs – in hopes of preventing other families from feeling the devastation they now endure, reports "CBS This Morning: Saturday" co-host Dana Jacobson.

Bode has spent most his life on the slopes, but today he's in the water with his 3-year-old son, Nash, as he learns to kick then float, rest, and breathe. Bode and Morgan chose the self-rescue course after Emmy made her way into a neighbor's pool and drowned.

"Every time I close my eyes at night to go to sleep, it replays in my head. It happens so fast. And under normal, everyday circumstances of where life happens the way it has for years," Morgan said with emotion. "And it's forever changed our lives."

A new plan of action is taking shape in the Miller's home where they're joining forces with water safety advocates to create a wave of change. Knowing there's no one solution to prevent drowning, the group met with a start-up using artificial intelligence to monitor pools.

"We can raise a lot of awareness and things like that. But we want to have impact in the long run," Bode said.

Hughes lost her son, Levi, when he drowned the same day as Emmy. Both children always wore flotation devices when swimming and were supervised by parents. But just like Emmy, Levi had been inside with his mom when he slipped out unseen – and in seconds he was gone.

"There's no way around this. He depended on me to keep him safe, and I did not," Hughes said. "We weren't even swimming. And that, to me, has been what has, more than anything, has continued to fuel me. … And I know that sounds so crazy, but there is just such a disconnect between what people think drowning is and what it really is."
Both Hughes and Morgan had to pull their babies from the water. Both are mothers to other children. Their shared heartache is the basis for their friendship and inspiration for their fight.
"I think one of the most powerful things out there is a parent's love for their children. To lose a child and still have that love, it needs to be directed somewhere," Morgan said.
To try and reach the biggest audience, they'll soon meet with the AAP, the American Academy of Pediatrics. They hope to convince the AAP to mandate that all pediatricians discuss the dangers surrounding water at regular check-ups.

Nash is the same age as Levi was when he lost his life. Aside from birth defects, drowning is the leading cause of death in children ages 1 to 4, and the federal government estimates some 300 children aged five or younger die in swimming pools each year.

Hughes remembers Levi's last visit to the doctor.
"We discussed if he could drink out of a cup, if he could scribble with a crayon… lot of talk about screen time," Hughes said. "So can we please talk about what really matters? And that is the well-being of my child, and that is keeping him alive."

As a father, even before Emmy was born, Bode said he also wishes their doctors had talked about this silent killer.
"It sounds like what both of you are saying in some ways… that you want parents to be given this information with the same sense of urgency as they are given information about SIDS, about car seats, vaccinations," Jacobson said.
"This is the number one cause of death for children under four, you know? And that to me, should dominate the whole conversation," Bode responded.
"I think people look at you and just wonder, how do you get through the day at this point, missing her, when you talk about her with such love?" Jacobson asked.

"I think that's one of the things that a lot of people don't understand. Yes, it hurts. And it's hard. But she's still my favorite topic of conversation. I love talking about her," Morgan said.

"Yeah, talking about kids doesn't get old as a parent, which I think is it's the reason why we all only hang out with other parents," Bode said, as Morgan laughed.
As the most decorated male ski racer in the United States, Bode knows his name recognition is providing a platform that could help their mission to permanently reduce the number of deaths.
The Miller family is working to find a new normal, one that includes a new baby boy arriving in October.
"One of the things that we've wrestled with, I've wrestled with, is the guilt and the responsibility of it… and how I need to change the way I parent with this new understanding I have for water. And that's just gonna take some time and patience with myself," Morgan said.

Swimming pools can have a powerful pull on small children. Both Emmy and Levi drowned when they were not expected to be near the pool. A year from now, Morgan and Bode are hoping the danger surrounding water is a topic every pediatrician is having with parents, and children are learning about it in schools. 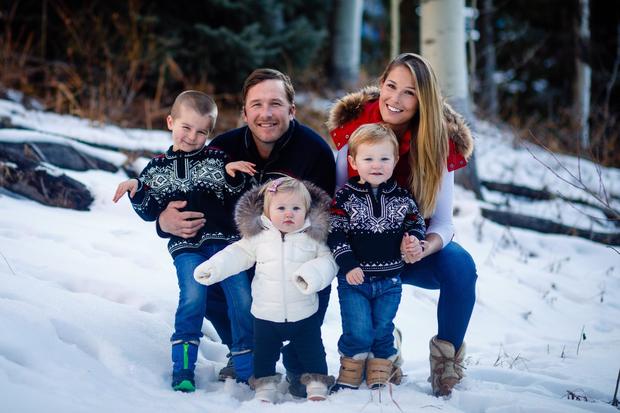 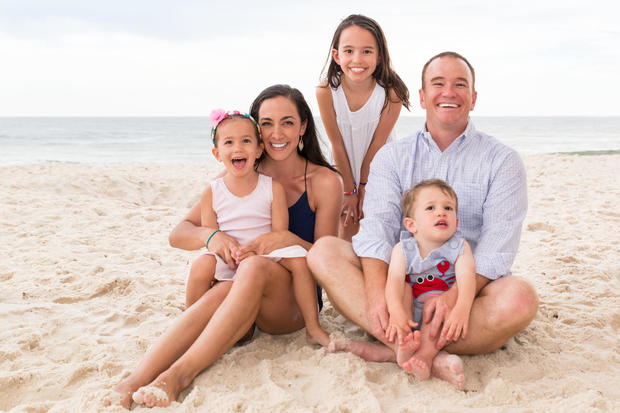