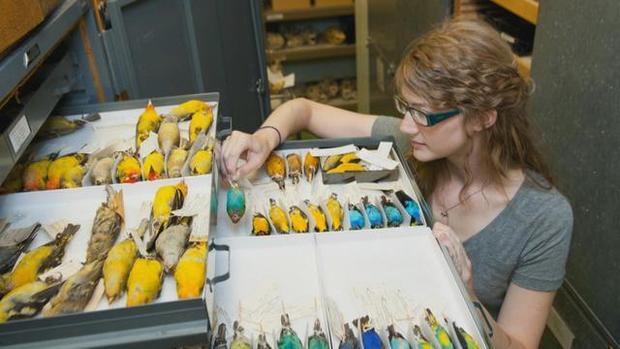 As the star of her own YouTube channel, "The Brain Scoop," the 29-year-old is part comedian and part science tutor. Her warm and witty delivery turns the most unappealing topics into entertaining science lessons, and her channel as almost half-a-million subscribers.

"Are there any other chief curiosity correspondents at museums across the country?" CBS News' Meg Oliver asked.

"Not that I know," Field Museum president Richard Lariviere said.

"Well, it was astonishing. A young woman whom I'd never heard of just happened to blog that she was visiting the Field Museum, and families took their kids out of school. And 100 of them came in here to see her," he recounted.

"And you decided to hire her on the spot?" Oliver asked.

"On the spot," Lariviere said.

"And you accepted the job on the spot?" Oliver asked Graslie.

Her job is to highlight the museum's scientific research on her show. She's done it all from digging up fish fossils to dissecting animals like skunks and zebras.
"You really love dead things," Oliver said.

"Yeah, they can teach you so much," Graslie said.

Her unusual journey started in 2013. Graslie was an art major at the University of Montana when she visited the zoological museum on campus.

"I mean, completely overwhelmed with specimens all over from the floor to the ceiling. Like taxidermy birds flying around the room. From an artist's perspective, it was a really magical place," Graslie said.

"You loved it so much you started volunteering there," Oliver said.

And then she started a blog — about cleaning bighorn sheep and stuffing and skinning road kill. It caught the attention of Hank Green, one of the most popular creators on YouTube. He helped her start her own channel.

"I'd never done it before. Never done videos. Don't have a background in science. And really didn't have any outside input from anybody who had worked in a museum other than the curator at the time," Graslie said. "We were totally winging it, 100 percent winging it."

It worked. Right off the bat, they did a five-part series on a road-kill wolf.

"She has managed to win over the scientific community with a degree of enthusiasm that I haven't seen in my 40-some odd years in academia," Lariviere said.

Scientists were so impressed they recently named a new butterfly species discovered in the Andes after her: the wahydra graslieae.

"It's one of the greatest achievements of my life, I think," Graslie said.

But the response hasn't always been positive. With close to half a million subscribers she's battled a barrage of negative comments online as well.
"'You have a piggy nose,' to, 'You look kind of fat,' or things like, 'Maybe you would have more viewers if you dressed sexier,'" Graslie recounted.

"This was your version of a #MeToo, kind of," Oliver said.

"It was, it really was. And I wanted to talk about it," Graslie said.

And she did, devoting an entire episode to it titled "Where my ladies at?" The media took notice. She wanted to call out the haters and show the next generation of curious students it's OK to put yourself out there.

"From that point onward I saw a real shift in my community. I saw them holding themselves accountable for what they were saying," Graslie said. "There was like low tolerance for those sorts of comments going forward."

Some consider Graslie a feminist science icon. But she just wants to inspire the next generation.

"Lifelong learning is really important to what it is we do, and it's important to meas a person right? And that's what I want people to walk away with is just a desire and a self motivation to ask questions of the world around them." 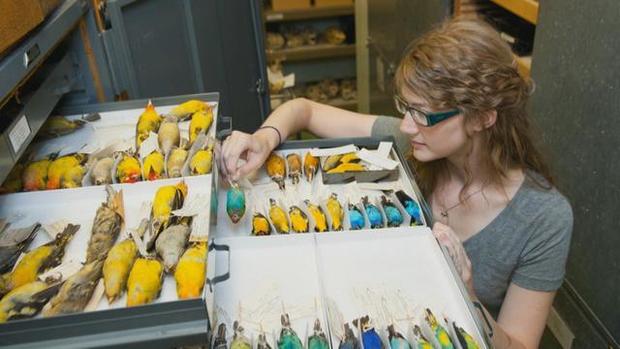 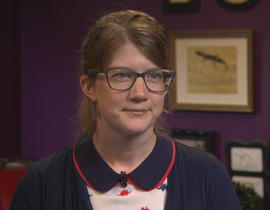