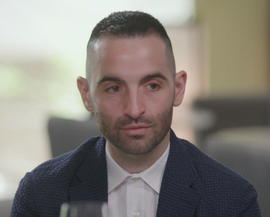 Major Food Group operates some of the most iconic restaurants in New York. For co-founders Mario Carbone, Rich Torrisi and Jeff Zalaznick, dining is nothing short of a theatrical experience.

"We take a lot of pride in being storytellers," Carbone told "CBS This Morning: Saturday" co-host Dana Jacobson.

He said the three are often referencing movies and "trying to get that idealized moment."

"You see this movie, and you get a five- or 10-second clip of a restaurant scene, and everything's happening in perfect unison where the pan's on fire, flambé, the bartender's shaking the cocktail … and the director worked really hard for that 10-second moment," he said. "So we work really hard on all the small details that go into that to try to give you … that cinematic moment."

Their restaurants range in theme and cuisine — from the family-style feast at Mario's namesake, Carbone, to the traditional Italian comfort foods like penne scampi and 10 layers of eggplant at Parm. They also serve homemade bagels with a tower of salads and smoked fish at their Soho brunch spot, Sadelle's.
The common theme? Modern restaurants with a nod to nostalgia.

Carbone said their group does fine dining "our own way."

"So fine dining, for you guys, is taking the familiar, and making it just better?" Jacobson asked.

We talked to the guys in the lounge of what used to be the Four Seasons, the space known as the birthplace of the power lunch. It's now in the hands of Major Food Group. They've divided the space into two distinct restaurants. The Grill operated by Carbone in one kitchen, and The Pool, focusing on seafood, is manned by Torrisi in an adjacent kitchen.

For Torrisi and Carbone, it's the culmination of a relationship that began in culinary school.
"We had met very early on, one of the first few days of school. Then we became friendly because the girl that he was dating and the girl that I was dating in school were friends. And they made us go out together," Carbone said.

"Took a little – took a while," Torrisi said.

"He was a prickly pear early on," Carbone said.

After graduation, they wound up working at the same kitchen at Café Boulud, Carbone said.
"And then through that, we sort of rekindled out friendship, and then eventually became roommates," Carbone said.
The pair opened their first restaurant, Torrisi Italian Specialties, in late 2009. It had just 18 seats but a lot of buzz.

"What was it like to have success with that right away?" Jacobson asked.

"Incredible. Incredible. Just, just euphoric. There are a lot of people ask… 'How can you, you know, sleep at night at the Four Seasons? Like, it's so much pressure.' And like I always said, like, 'Torrisi was far more pressure … than anything that I'll ever do,'" Torrisi said.
"Why?" Jacobson asked.

"Because it was a real do-or-die scenario," Torrisi said.

Zalaznick said he walked into Torrisi and "fell in love instantly" – with both the chefs and the food. He brought a love of food with his background in banking and hospitality. They opened Major Food Group in June 2010. They now operate 19 restaurants in their hometown.
"You guys start from one restaurant. … How do you get into an empire, which is really what you have, in less than a decade?" Jacobson asked.

"I think about it sometimes, and I don't even know," Torrisi said.

"We had this energy. … I always think of … the great bands and the great sports teams. You know, there's this moment when the combination works," Zalaznick said. "The creative juices just start flowing in a way that we honestly didn't – it was out of our control almost."

"We all formulate these things together. We might take leads on certain ones, but we all do them together," Torrisi said. "When the three of us come together, it's just a different – it's a much different thing. … Even if we might not like it at the time, we trust the results of whatever comes out between the three of us."

"When someone walks out of one of your restaurants, you want them to say what?" Jacobson asked.

"It's the best night I ever had," Torrisi said.

"When can I come back?" Zalaznick said. 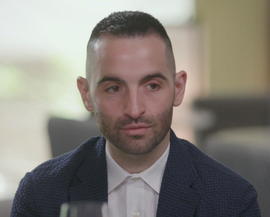 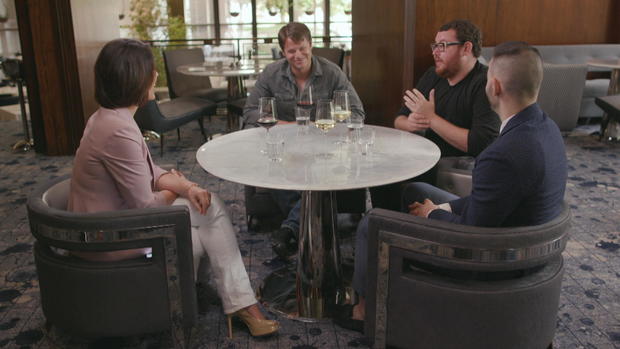