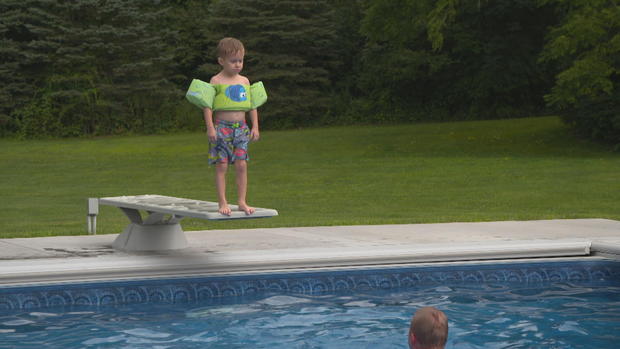 That's why, all summer long, 4-year-old Dylan Stich has been cheating the system, gradually lowering himself into the water like a fragile egg.

"He had no interest in it, ever," said Dylan's mom, Marla.

Enter 95-year-old Daniel Biss, who was in the Air Force during World War II and the Korean War. He knows a thing or two about fear and bravery. So when he saw a neighbor kid at a family pool party in Canton, Ohio, and heard everyone trying to coax him off the board, he knew exactly what Dylan needed.

"Just needed some convincing, I guess," Daniel said. "I was going to try, anyway."

So Daniel borrowed a swimsuit, and with cane in hand stepped up to set the example. The great-grandfather hadn't been on a diving board in 50 years, and yet he stood up on one, ready to teach a lesson in courage, which nearly turned into a lesson in first aid.

"Everyone kind of held their breath and got real nervous like, 'Oh, was this a bad idea?'" Marla said.

"I was up there that far, I figured I may as well go through with it," Daniel said.

It wasn't the prettiest dive, but he couldn't have done better — because shortly after Daniel took his last jump off a diving board, Dylan took his first.

"It was really neat that that inspired him to do it. It was a neat moment," Marla said.

That all happened last month, and today Dylan jumps with no problem. Hopefully his courage will now inspire you, with whatever leap you need to make. 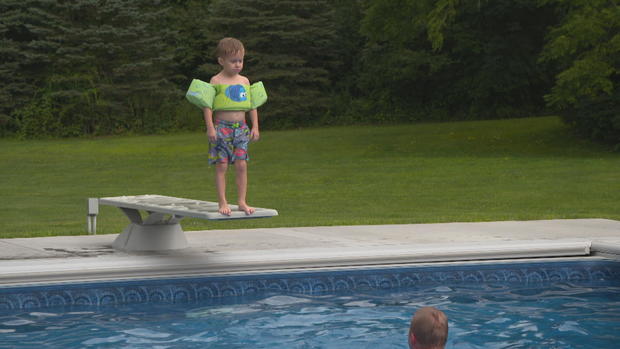 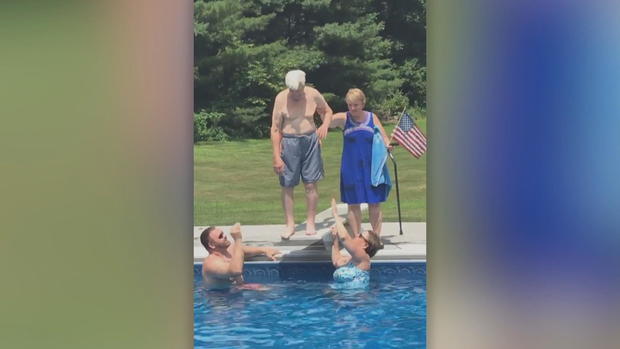