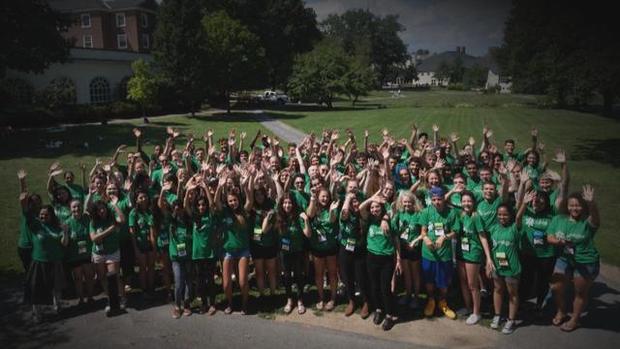 WATERVILLE, Maine — At Colby College in Maine, a group of resilient kids got together recently for a unique camp experience filled with bonding and healing. They gathered for a week-long program that was designed for young adults who lost family members in terrorist attacks, violent extremism or war.

Astrid, who went through a traumatic experience when she was just 12 years old, remembers feeling relieved when she first came to the Project Common Bond summer camp three years ago.

"Just being here and being able to actually talk to people who understand you was so good," said Astrid, who asked CBS News not to use her last name. "It helped me a lot to cope with what I've been through."

Astrid's sister was among 69 young adults who were killed in a terror attack at a camp in Norway in 2011.

"Everything was just like so surreal," Astrid said, adding, "It took me like a year to actually believe it. So just like walked around thinking I would see her at every corner at my school. And stuff like that. So I didn't believe that people were there to mourn her and like be there for us because we lost her. Because I just thought she was away."

The camp has been around since 2008 and has helped more than 700 teenagers from 28 nations learn to cope with loss. The program was created by Tuesday's Children, a nonprofit founded to help the thousands of kids who lost a parent on 9/11.

Executive director Terry Sears said as the years passed and a new generation went off to war, the organization evolved.

"We knew that as people were running out of the building, there were 9/11 responders running towards the buildings and people signing up in the recruitment centers. And so many of the military families that we now serve as Gold Star families, or families of the fallen, are people that signed up because of 9/11. So we look at them as also Tuesday's Children," Sears said.

Patch McMahon, who wasn't yet born when his father died on Sept. 11, 2001, has gone to the camp for two years.

"Coming here, I've still have the empty spot in my heart of having like a biological father and someone that like looks like me and acts like me would be nice, and like since an early age I always like missed that part of me and that's the hardest thing," said Patch, 16.

As tragedies have continued to unfold, Sears said her organization stepped in.

"We share our lessons learned at Tuesday's Children, working with victims for the last 17 plus years, because not only have we worked in 9/11, we've also helped communities like Newtown and the Sandy Hook schools," Sears said. "We are currently working with Parkland and Orlando and other communities that have suffered violence. And why we do that is because we have lessons to share."

"Is part of the idea not only that they can have a good life beyond the tragedy that happened to them, but that they can actually take action to help make the world a better place?" CBS News' Don Dahler asked.

"Yeah. They call it post-traumatic growth, that's what the mental health specialists call it," Sears said. "And when someone kind of sees a vision to actually do something with tremendous meaning that is connected to their loss, I mean the energy and recovery is a billion fold because they just, they know it. They know this is their life's journey."

That recovery begins in the winter when participants learn about conflict resolution and peace-building, and continues in the summer when the kids take part in therapeutic arts, group sessions and listen to motivational speakers for some change in perspective.

In the end, it's all about offering teens like Patch and Astrid a chance to feel normal again.

Astrid said it teaches her it's OK to have fun.

"Like this is one of the places I'm the most happy, and I think that's so weird because we are all here because we've lost someone," Astrid said. "This is kind of the silver lining of my loss like having people that understand you, just like having so much fun with people who've been through the same as you've been through." 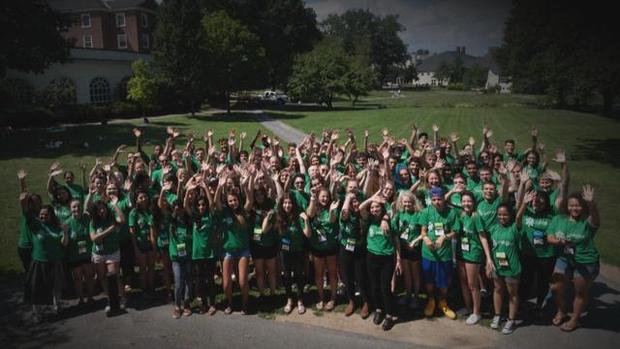 Biden had $141 million cash advantage over Trump heading into September