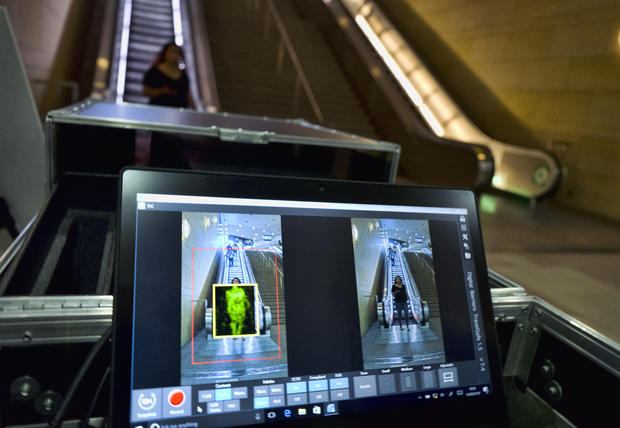 Los Angeles commuters say they're on board with a plan to install new technology that will screen passengers on the city's subway for weapons and explosives.

"You never know what could happen. Somebody could be having something in their bags or something…you just never know." one rider told KCBS in commenting on the proposal, which will make Los Angles' subway the first mass transit system in the U.S. to install body scanners.

The deployment of the portable scanners, which project waves to do full-body screenings of passengers walking through a station without slowing them down, will take place in the coming months, said Alex Wiggins, who runs the Los Angeles County Metropolitan Transportation Authority's law enforcement division.

The machines scan for metallic and non-metallic objects on a person's body, can detect suspicious items from 30 feet away and have the capability of scanning more than 2,000 passengers per hour.

Pekoske and other officials demonstrated the new machines, which are being purchased from Britain's Thruvision.

In addition to the Thruvision scanners, the agency is also planning to purchase other body scanners — which resemble white television cameras on tripods — that have the ability to move around and hone in on specific people and angles, Wiggins said

Wiggins would not say how many of the machines were being purchased, but said they would be rolled out in subway stations in the "coming months." Employees and police officers first have to be trained on how to use the equipment.

Signs will be posted at stations warning passengers they are subject to body scanner screening. The screening process is voluntary, Wiggins said, but customers who choose not to be screened won't be able to ride on the subway.

SpaceX Crew Dragon launch: How to watch and what to know