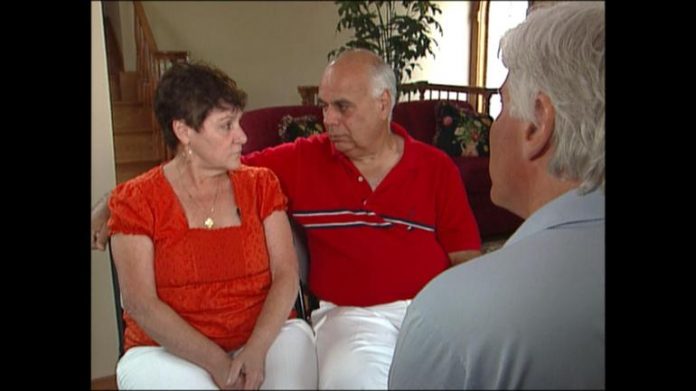 Following a couple from diagnosis to the final stages of Alzheimer's

For 10 years, Dr. Jon LaPook has been checking in on Carol Daly, a woman diagnosed with Alzheimer's, and her caregiver husband, Mike. After a decade, the disease has had a devastating impact on each of them

Mike and Carol Daly have been married for 54 years. Like more than five million american families, they're dealing with dementia. Carol has been suffering from Alzheimer's, the main type of dementia.

What makes this story so unusual, as we first reported in April, is that almost every year for the past ten years we've interviewed Mike and Carol as Alzheimer's took over her brain. Even though this is intensely personal, they wanted all of us to see the devastating impact of Alzheimer's, on each of them, over a decade.

When we first met Carol and Mike in 2008, Carol was active, conversational, and determined to make the best of her failing memory.

Dr. Jonathan LaPook: How old are you now?

Carol's memory had been spotty for several years.

Mike Daly: I started to notice at home. And I used to joke about it to my kids. I would say, you know, "I think she has Alzheimer's, the way she forgets everything."

Then a doctor told her she really did have Alzheimer's. Mike's mother had had it. Now his wife.

Dr. Jonathan LaPook: Carol, when you heard the word "Alzheimer's" what did that do to you?

Carol Daly: I was devastated. 'Cause I saw his mother, what she went through. It's terrible. She was walkin' the streets in the middle of the night. And we had to bring her home.

As Carol's memory deteriorated, she lost her job at a bank, and lost her ability to do a lot of what she'd always done at home.

Dr. Jonathan LaPook: Did you used to be a good cook?

Carol Daly: It stopped. It just—I just couldn't do it.

Dr. Jonathan LaPook: What couldn't you do?

Carol Daly: I didn't know what to do first. The meatloaf.

Mike Daly: Oh the meatloaf. That was the–

Carol Daly: It was terrible. Couldn't eat it.

Carol Daly: I don't know what I did with the ingredients or whatever. They just couldn't eat it.

Dr. Jonathan LaPook: And you're tearing up. It's, it's upsetting to you.

Carol Daly: I don't want to be like this. I really don't. But…

"When we took our oath, it's for better or for worse. So I did sign up for it in the beginning."

Unable to concentrate, Carol had to give up reading, and movies. Hard for someone who'd worshipped Clark Gable.

Dr. Jonathan LaPook: So you remember that?

Carol Daly: That I know (laugh)

They told us Carol's illness had brought them closer, but they feared the future.

Carol Daly: My fear is I guess maybe to getting worse. Worse, you know? And it probably would.

And it did. Almost three years later, when we went back to visit, Carol had no idea how old she was.

And what about her favorite actor?

Dr. Jonathan LaPook: Who is he?

Now Mike, a former New York City cop, had to apply her makeup, and dress her. But he told us this was his chance to repay all that Carol had done for him.

Mike Daly: She had a job. She cleaned house. She did the wash. She made the beds and she put up with me. So what, what all that's changed for us is the roles. Now I do the wash. I make the beds. I help Carol.

Dr. Jonathan LaPook: But that's not what you signed up for?

Mike Daly: Yes, I did. When you when, when we took our oath, it's for better or for worse. So I did sign up for it in the beginning.

But Mike had put on almost twenty pounds over the last two years and started taking pills to reduce anxiety and help him sleep.

Mike Daly: The thing is, is I could sit here and and feel sorry for myself. But what is that gonna do for me.

At our next meeting, one year later, when Carol couldn't come up with words, she answered with laughs.

And three years since our first visit, she needed constant watching.

Carol Daly: I can't go out by myself. Not like that. So I always have to have somebody around.

Carol Daly: Yup. But that's what you do.

Mike Daly: After all these years, I can't give up. And I'll continue to try. And I pray to God that she goes before me 'cause I'm not gonna put her in a nursing home. I can handle it, but we live a life.

But that life was a lot tougher when we returned two years later.

By then Carol could no longer remember her last name. Or this:

Dr. Jonathan LaPook: The guy sitting to your left.

Dr. Jonathan LaPook: That big guy who loves you.

Beyond the memory loss, as Alzheimer's affected more of her brain, it was destroying more of her physical abilities.

Mike Daly: She's losing the ability to control her feet, her hands.

Dr. Jonathan LaPook: It was six years ago that I first met you.

Dr. Jonathan LaPook: And at the time you were shouldering all of the burden.

Dr. Jonathan LaPook: And you're still shouldering all of the burden. I mean, how are your shoulders?

At our next meeting, two years later, conversation with Carol was impossible.

Dr. Jonathan LaPook: Without making you embarrassed, do you remember my name?

Dr. Jonathan LaPook: What's this called. What I'm wearing on my wrist? What's the name of that?

Dr. Jonathan LaPook: It's a wristwatch.

Mike Daly: Carol reached a point where she was not able to do anything for herself at all. She couldn't feed herself. Couldn't go to the bathroom by herself.

And Mike had reached the point where he simply couldn't take care of her by himself. So he hired a home care aide during the day, costing almost $40 thousand a year. Now Alzheimer's was hitting them financially on top of mentally, and physically.

Dr. Jonathan LaPook: What would you say the toll has been of this long journey on you?

Mike Daly: I'm dying. I really think I am. The stress—they thought I had a heart attack to begin with.

Mike Daly: They wanna put me in the hospital. I can't go to the hospital. Alright? What do I do with Carol. Then she has anxiety attacks. Part of the Alzheimer's.

Dr. Jonathan LaPook: Anxiety attacks may be part of what's happening to you, too, it sounds like, if you had chest pain but it wasn't a heart attack. Is that was it was? An anxiety attack?

Mike Daly: I called it stress.

According to the Alzheimer's Association, the vast majority of caregivers say their toughest challenge is emotional stress.

Dr. Jonathan LaPook: I can still remember when you said, "No big deal, I can handle this."

Mike Daly: Uh-huh, yeah, I think about that comment I made and I said, what a jerk I was —

Dr. Jonathan LaPook: Well, not a—not a jerk. But just you were sort of near the beginning of your journey and you didn't know.

Mike Daly: You know—I thought this was it, you know, so she can't remember things. So I see people with dementia. They function normally. She can't walk. The impact on everybody else is enormous.

One year later, 14 years since she was first diagnosed, Carol was spending most of her days sitting silently, no longer able to understand questions.

Dan Cohen: Let me just get them so they go on nicely.

But watch what happened when social worker Dan Cohen put headphones on Carol and played some of her old favorites.

In Alzheimer's, older memories are usually the last to go. But even then, a faded distant memory can sometimes be revived.

Dr. Jonathan LaPook:And it was tied to his emotional system, too. He was tearing up.

Mike Daly: I think those tears were happy tears. Knowing that she hasn't lost it all. It was like, wow. Wow.

But the wow did not last.

"I love Carol who was Carol. But now Carol's not Carol anymore."

When we met this past January, Carol, now 74, was too far gone to react to music.

Dr. Jonathan LaPook: Oh, she's so changed. Just since the last time I saw her.

Dr. Jonathan LaPook: And her pulse is as strong as can be, and regular, and I'm feeling it right now. So her heart seems strong, but she has so deteriorated.

Earlier that morning they'd shown us how hard it is to get Carol ready for the day.

Dr. Jonathan LaPook: What didn't you realize would happen?

Mike Daly: That she becomes a vegetable. That's basically what I feel like she is now.

Mike is still too heavy; his blood pressure's too high; and a few months ago, his thoughts were too dark.

Mike Daly: I'm ready to put the gun to my head. I really thought of suicide.

Mike Daly: Yeah. It got to that point.

Mike Daly: Hardest job I ever had.

And that's from a former New York City cop. But suicidal thoughts are not uncommon for people taking care of a family member with dementia. Mike hired more aides so Carol now has 24-hour help. It's draining his savings but allowing him to get out of the house, and make new friends. And that's helping lift his depression.

Mike Daly: I leave this at home, and when I go out it's a new Mike out there now.

But at home, he worries that Carol is in danger.

Dr. Jonathan LaPook: Has she fallen?

Dr. Jonathan LaPook: She hasn't broken any bones yet?

Mike Daly: No, just bruises. No.

So now, despite years of telling us he wouldn't put Carol in a nursing home.

Mike Daly: I'm comin' to the to the point where maybe a nursing home is, is the answer for her, her safety.

Ten days after that, and 53 years after their wedding day, Mike did put Carol in a nursing home.

Dr. Jonathan LaPook: Do you still love her?

Mike Daly: I love Carol who was Carol. But now Carol's not Carol anymore.

When Carol was still Carol, that would have been the best time to discuss the kind of caregiving decisions Mike Daly eventually had to face alone. Mike hopes that sharing such intimate details of their lives will help others be better prepared than they were. Recently, Mike told us that with Carol in a nursing home, both he and Carol are doing better. 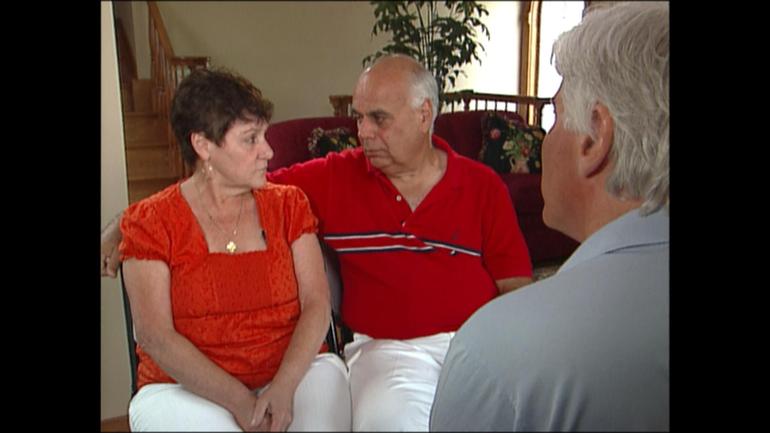 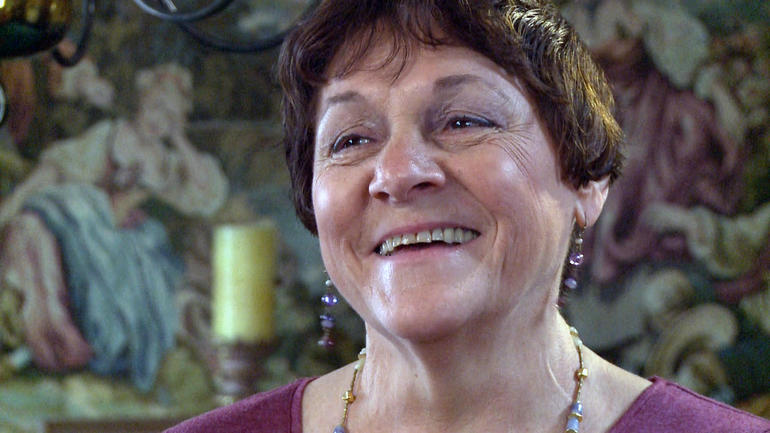 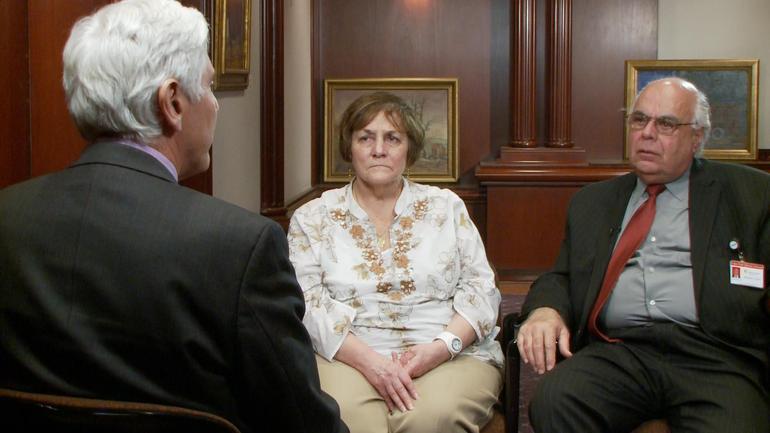 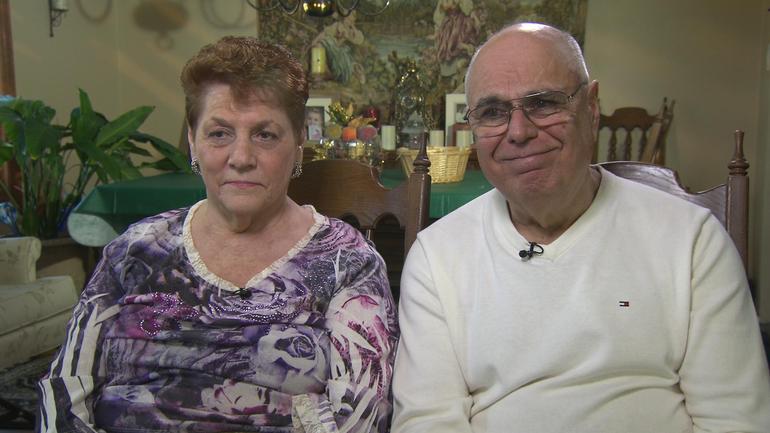 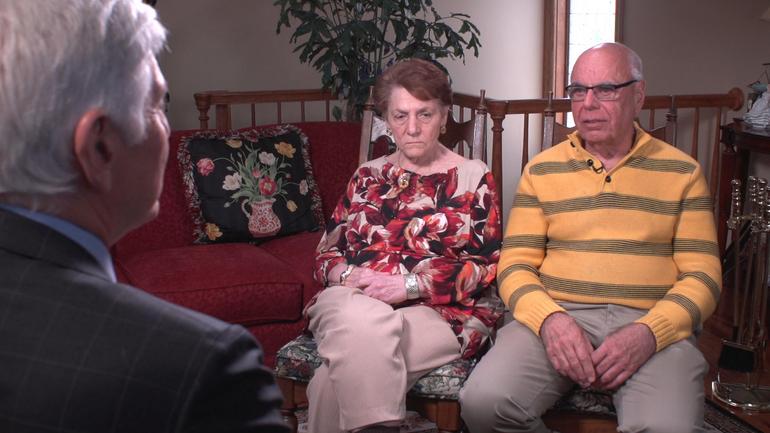 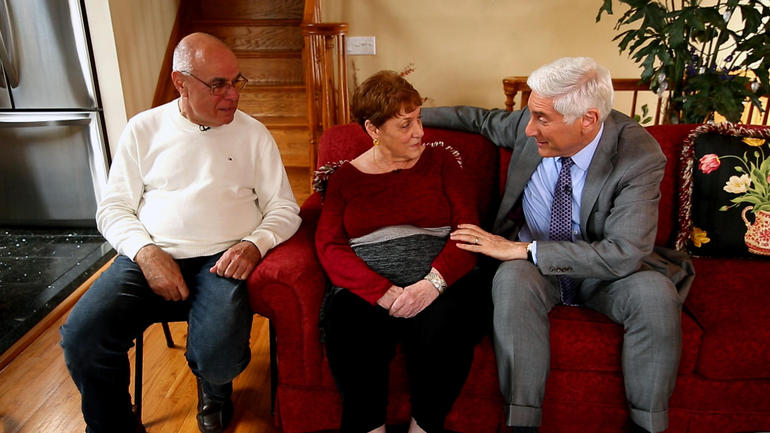 Frank Verrastro on energy and its impact on national security

Monaco: The ultimate playground for the rich

How safe are America’s railroads?