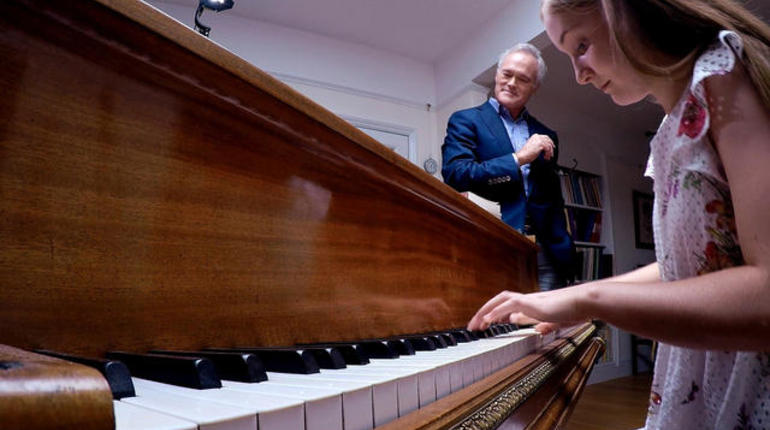 Watch a prodigy create — from four notes in a hat

60 Minutes pulls four musical notes out of a hat, and young composer Alma Deutscher takes off, improvising a piano solo in under a minute

It took Alma Deutscher just four notes and 40 seconds to improvise an impressive short piano sonata right before 60 Minutes cameras. That alone is remarkable — but she was also just 12 years old.

This week on the broadcast, correspondent Scott Pelley interviews Alma, a musical prodigy who, by the age of 10, had composed a full-length opera. She's also a virtuoso on the violin and piano, where the music flows from her fingers as effortlessly as the breath from her body.

But it's her composing skill that's on full display in the 60 Minutes Overtime video above. While interviewing Alma at her piano, Pelley draws from a hat four cards with musical notes on them: B, A, E flat, G.

She announces the four notes' solfège names and considers them silently. Pelley waits, and the cameras roll.

Alma Deutscher's aptitude for music, it seems, is innate. At the age of three, she first realized she loved music when she heard a lullaby by Richard Strauss. "But how can music be so beautiful?" she asked her parents.

By age four, she was composing. "I just had these melodies and ideas in my head, and I would play them down at the piano," she tells Pelley on the broadcast. "And sometimes my parents would think that I was just remembering music that I'd already heard before. But I said no, no, these are my melodies that I composed."

"It's her first language," Robert Gjerdingen tells Pelley on 60 Minutes. Gjerdingen is a professor of music at Northwestern University and has been a consultant to Alma's education. "She speaks the Mozart style."

She also composes in the Classical style, as she did for Pelley and the 60 Minutes cameras.

Still considering the four notes, Alma decides to tweak B to B flat, putting the notes in the G minor scale. She plinks out the four notes and considers them again.

"I just think about it for a few minutes," she tells Pelley, who patiently observes.

Alma, who is British, has already performed her compositions around the world. Last summer, 60 Minutes was there as she prepared her violin concerto and piano concerto at the Vienna Chamber Orchestra. Last December, the Opera San Jose Orchestra staged her opera Cinderella in her American debut.

But it's not the Cinderella of fairytale. Rather, Alma's reimagined character is a composer, and the prince, a poet. When Cinderella finds a poem the prince wrote, she's inspired to set it to music and sing it to the prince at the ball.

"I think that it makes much more sense if he falls in love with her because she composed this amazing melody to his poem," Alma explains, "because he thinks that she's his soulmate, because he understands her."

Alma is used to melodies popping into her head. They come as she walks, as she plays, as she sleeps. But the melodies, she says, are the easy part.

"Sometimes when I get the melodies, I hear them just sung, or I hear a melody for orchestra," she says. "But then, actually sitting down and developing the melodies, that's the really difficult part–having to tell a real story with the music."

Alma's parents, Guy and Janie, are professors. She teaches Old English literature, and he is a noted linguist. Both of them are amateur musicians, but neither understands the mystery of their daughter's genius.

"You know, her piano teacher once said, 'It's a bit difficult with Alma,'" Guy Deutscher tells Pelley. "'It's difficult to teach her because one always has the sense she'd been there before.'"

Back at the keyboard, Alma plays the four notes again. B flat, A, E flat, G. She adds an Alberti bass — a kind of repeated broken chord — in her left hand, and her right hand takes off, playing what sounds to be a fully formed piece, composed in the time it took to read this blog.

But then, just as quickly as the notes came to her, they're gone.

Luckily for us, the cameras do.

The video above originally published on November 5, 2017. It was produced and edited by Lisa Orlando. 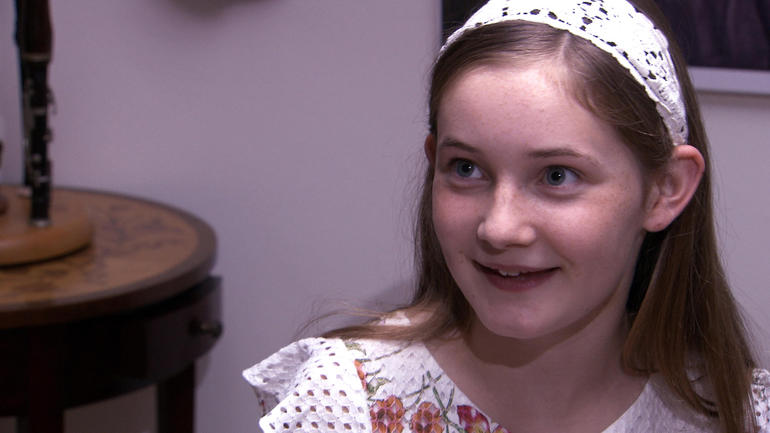 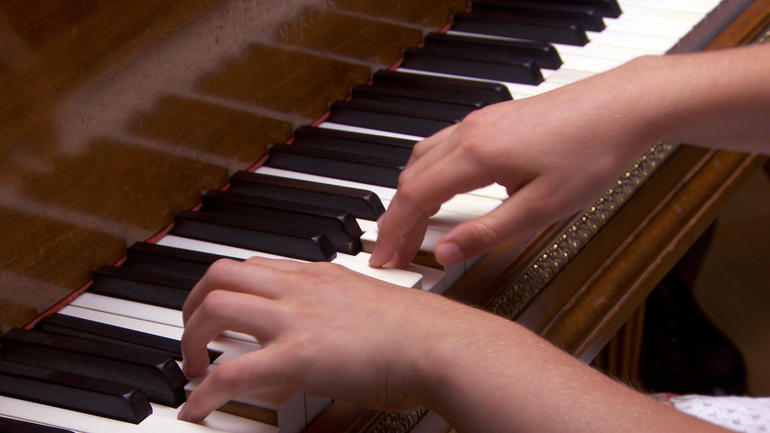 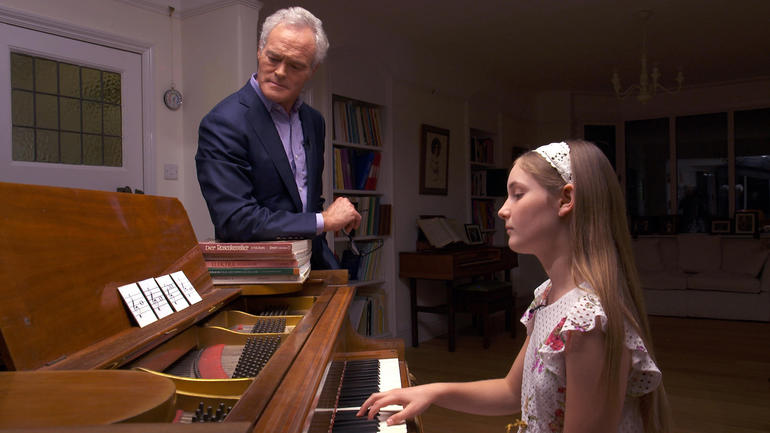 Soldiers struggle with lack of child care: “Family is being left...